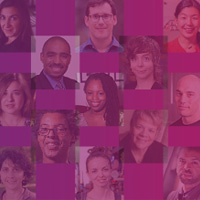 MacArthur today announced a year-long series of performances, discussions, and other events to celebrate the 35th anniversary of its iconic MacArthur Fellows Program in 2016.

The Foundation will collaborate with a diverse set of partners for the programming, including Chicago’s Grant Park Music Festival, Washington’s Kennedy Center for the Performing Arts, and New York City’s 92nd Street Y. Most of the events will be open to the public for free or at low cost. Video of many events will be made available online.

“Working across every field imaginable, MacArthur Fellows capture the public imagination and inspire people to nurture creativity in their own lives and communities,” said Cecilia Conrad, Managing Director of the MacArthur Fellows Program, during a luncheon at the City Club of Chicago featuring labor organizer Ai-Jen Poo and artist Iñigo Manglano-Ovalle, both MacArthur Fellows. “This year-long celebration will showcase Fellows’ work, foster new collaborations, and enable these highly creative people to further inspire us all.”

Programming is under development and subject to change; but it is expected to include the following events as well as others to be announced later.

Also during the yearlong anniversary MacArthur Fellows will field questions from the public in reddit ask-me-anything sessions and appear on other digital platforms.

The MacArthur Fellowship, called “genius grants” by the media, recognizes exceptionally creative individuals with a track record of achievement and the potential for significant contributions in the future. Fellows each receive a no-strings-attached stipend of $625,000, which comes with no stipulations or reporting requirements and allows recipients maximum freedom to follow their own creative visions. Since 1981, 942 people have been named MacArthur Fellows.

Fellows are selected through a rigorous process that has involved thousands of expert and anonymous nominators, evaluators, and selectors over the years. The Foundation does not accept unsolicited nominations.