Historian of Modern Europe | Class of 2014

Combining extensive archival research with broad sociohistorical analysis of notions of nation, family, and ethnicity to construct an integrative, transnational understanding of events in twentieth-century Europe. 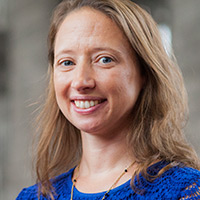 Tara Zahra is a historian who is challenging the way we view the development of the concepts of nation, family, and ethnicity and painting a more integrative picture of twentieth-century European history. With conceptual and empirical rigor, Zahra’s writings combine broad sociohistorical analysis with extensive archival work across a wide range of locales.

Her first book, Kidnapped Souls: National Indifference and the Battle for Children in the Bohemian Lands, 1900­–1948 (2008), examines the twentieth-century cultural politics of German and Czech nationalism with children as the centerpiece, demonstrating that the changing concept of who owns children was essential to the definition of national identities. Zahra refocuses our understanding of nationalism and nation-building by exploring the conflicts over raising and educating children in the Bohemian lands in the first half of the twentieth century—from the multiethnic Austro-Hungarian Empire, through the Czechoslovak Republic, the Nazi Protectorate of Bohemia, and the postwar Czechoslovak state.

In The Lost Children: Reconstructing Europe’s Families after World War II (2011), Zahra illuminates an essential chapter of the postwar period in Europe—the negotiations over the repatriation of children and the reconstitution of families. Starting with the efforts of rescue groups during the Armenian genocide and the Spanish Civil War, to the Second World War and postwar conflicts over repatriation and appropriate psychological treatment of unaccompanied or orphaned children, she shows that questions about how best to serve children’s interests were in fact an integral part of debates concerning how to rebuild the nation, physically and psychologically, after the devastation of war. Currently engaged in a new project that examines a century of emigration from East Central Europe to Western Europe and the United States, Zahra is entering into important new debates about the notions of individual freedoms and human rights and offering a more transnational understanding of events in twentieth-century Europe.

Tara Zahra received a B.A. (1998) from Swarthmore College and an M.A. (2002) and Ph.D. (2005) from the University of Michigan. She was a fellow with the Harvard Society of Fellows (2005–2007) prior to joining the faculty of the University of Chicago, where she is currently a professor in the Department of History.