Opening access for increased numbers of minorities to careers in classical music and giving voice to diverse talent and perspective in American symphonies. 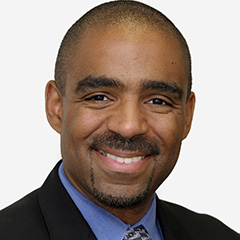 Aaron Dworkin is a talented violinist, charismatic arts educator, and the Founder and President of the Detroit-based Sphinx Organization. He and his organization have expanded access for increased numbers of minorities to careers in classical music around the country. Through his efforts, he has transformed the lives of many African-American and Latino musicians and changed the landscape of classical music in America. As minorities currently comprise only 1.5 percent of professional symphony players in the United States, Sphinx set a course to attract young men and women to classical music, countering their perception that such careers face insurmountable barriers and providing them with rigorous training, affordable instruments, and performance opportunities. The results have been to turn out fresh new talent second to none and to fill a void recognized by all. Determined to reverse the isolation of whole populations of young musicians from the beauty, value, and meaning of classical music, Dworkin began by organizing an annual national competition for minority string players. His programs grew rapidly to encompass an orchestra entirely composed of African-American and Latino musicians; a summer training program for underprivileged string players; music education outreach programs in Detroit public schools; an instrument fund for players unable to afford them; and a scholarship fund for deserving musicians who otherwise could not go on for advanced training. Through his programs and nurturing support, Dworkin assures access and enriches symphonies across the country.

Aaron Dworkin received a B.M. (1997) and an M.M. (1998) from the University of Michigan. In 1996, Dworkin founded The Sphinx Organization, for which he now serves as president. A frequent speaker on youth and minority involvement and career development in classical music, he also serves as an advisor for several education and music organizations, including the University Musical Society and the Rachel Elizabeth Barton Foundation.