Introducing a varied and challenging repertoire with a unique presentation approach and newly interpreting classical music to orchestras and audiences alike. 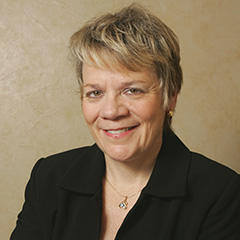 Marin Alsop, principal conductor of the Bournemouth Symphony Orchestra and music director of the Cabrillo Festival of Contemporary Music, is among the most accomplished conductors working today. In addition to her masterful conducting technique and visionary artistic programming, Alsop is distinguished by her extraordinary ability to communicate, both with her orchestra and with her audience, successfully translating her musical ideas into symphonic sound with a signature style. In presenting concerts, she often addresses audiences directly and previews short passages demonstrating themes and motifs of pieces to be played. These engaging presentations demystify challenging music for a wide range of audiences. While honoring classical music heritage, Alsop is also deeply committed to bringing the work of living composers to orchestras, audiences, and critics around the world. Her discography ranges from gospel recordings to traditional symphonies to the music of contemporary American composers. Through her musicality, her skill in making the unusual understandable, and her championing of contemporary music, Alsop defies stereotypes and offers a new model of leadership for orchestras in the U.S. and abroad.

Marin Alsop is currently Music Director of the Baltimore and São Paulo Symphony Orchestras. Her success has been recognized by extensions to her tenure, until 2021 and 2019, respectively. She remains Music Director of the Cabrillo Festival of Contemporary Music. Alsop is recognized throughout the world for her innovative approach to programming and for her deep commitment to education and to the development of music for all ages. She has guest-conducted most of the world’s great orchestras, including those of Philadelphia, Cleveland, Chicago, New York, and Los Angeles; the Royal Concertgebouw, La Scala Philharmonic, Orchestre de Paris, Bavarian Radio Orchestra, London Symphony, London Philharmonic, BBC Symphony, and the Orchestra of the Age of Enlightenment. In September 2013, Alsop made history as the first female conductor of the BBC’s Last Night of the Proms in London and was immediately re-invited for 2015. Alsop is the recipient of numerous awards, including many for her extensive recordings. As a protégé of Leonard Bernstein, she was awarded the Koussevitzky Conducting Prize.