MacArthur today announced a special package of nearly $2 million in grants to help Chicago immigrant rights and legal aid organizations address the most urgent needs of those seeking humanitarian protection or lawful status in this country. These grants support legal aid providers and child advocates who assist children and families with their legal cases. The awards also bolster communities targeted by heightened immigration enforcement under 2017 federal executive orders and those of the Muslim faith or Middle Eastern descent who experience discrimination.

In a June statement, Tara Magner, who leads the Foundation’s Chicago Commitment grantmaking, expressed concern about U.S. immigration policy decisions that resulted in the separation of families at our borders. In early November, with children remaining in federal custody, the government announced that it planned to curtail access to asylum for individuals who do not apply at a formal port of entry.

“Our country is failing to fulfill its obligations under federal immigration statutes that require fair and humane treatment and opportunities for families and children seeking asylum,” said Magner, who formerly led MacArthur’s migration program. “Organizations in Chicago and across Illinois have responded to this significant need for humanitarian support. They are providing legal screening and representation for asylum seekers and others who are targeted by federal policies. MacArthur is honored to support them.” 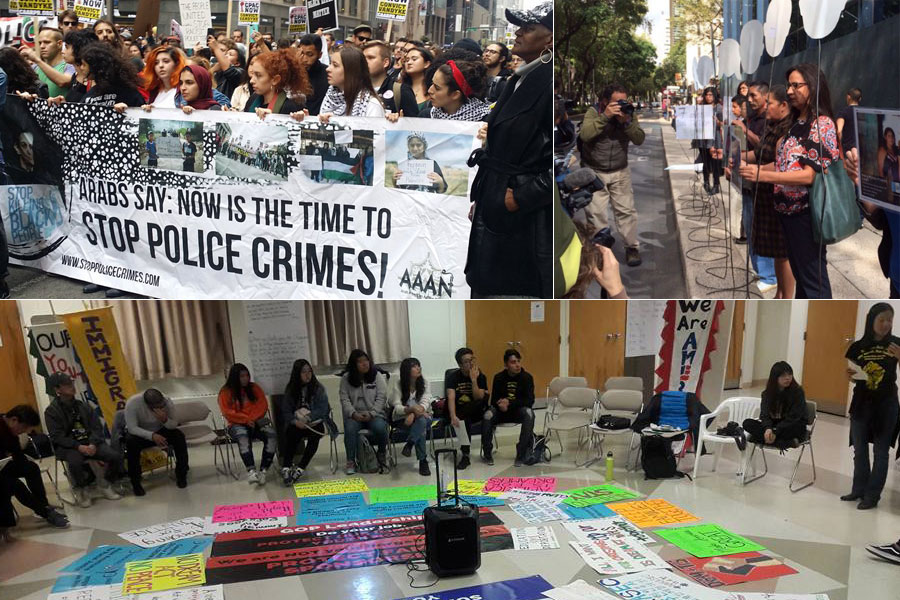 The Foundation is bolstering the efforts of the following Chicago organizations:

HANA Center — $50,000 in general operating support to inform, build leadership, and increase organizing and civic participation of Korean Americans and multi-ethnic immigrant communities around public policies and practices and how they impact their communities;

Illinois Immigration Funder Collaborative based at the Chicago Community Foundation — $500,000 to a fund that makes grants to Illinois-based organizations that offer community education workshops, legal screening, and direct representation;

Illinois Coalition for Immigrant and Refugee Rights — $250,000 in general operating support to respond to decreased humanitarian protection for asylum seekers, expanded immigration law enforcement, and a significant increase in deportations;

The Immigration Project — $100,000 in general operating support to offer legal screening and representation to low-income immigrants in 86 counties across central and southern Illinois;

Instituto para las Mujeres en la Migración (IMUMI) — $150,000 in general operating support to aid migrant families and unaccompanied immigrant children to reunite safely and to seek asylum or other forms of humanitarian protection in the United States and Mexico;

Latinos Progresando —$50,000 to educate the immigrant community and expand legal services in response to shifts in federal policy that target immigrants for deportation;

Roger Baldwin Foundation of the ACLU of IL — $100,000 in general operating support to respond to threats to the rights and liberties of Illinoisans, with a focus on protecting the rights of immigrants and refugees; and

The Young Center for Immigrant Children's Rights — $250,000 in general operating support to this Chicago-headquartered organization to provide child advocates to unaccompanied and separated immigrant children who seek humanitarian protection and family reunification.

Organizations such as The Immigration Project and Arab American Action Network, have been leading the local response to shifting federal policies.

“The Immigration Project is at the forefront of helping immigrant families across central and southern Illinois overcome each new restrictive policy and inhumane enforcement measure,” said Executive Director Charlotte Alvarez. “Effective advocacy enabled by this new MacArthur grant will help reduce barriers to justice and due process rights.”

“Arab American Action Network’s new partnership with MacArthur allows us to strengthen our work with Arabs, Muslims, and other immigrant communities to respond to the federal government’s continued legal and political attacks on all of us," said Executive Director Hatem Abudayyeh.

From 1988 to 2016, MacArthur’s Migration program awarded $72 million in grants to help improve the lives of vulnerable migrants while laying the groundwork for fundamental improvements in migration policy at the national, regional, and global levels. The Foundation subsequently made a discrete set of awards totaling $1.2 million for Chicago’s immigrant and refugee communities in response to the January 2017 federal executive orders on immigration enforcement. The Foundation enlisted a learning partner to conduct an evaluation of those grants in October 2017. Today’s new grants do not signify the reinstatement of the Foundation's Migration program; rather they are a response to specific, urgent local needs. 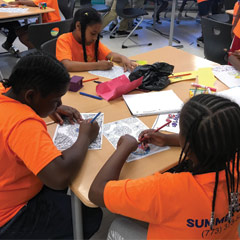 $26 Million to Support Community-Led Solutions in Chicago
More news on Chicago Commitment
View More About Chicago Commitment
Stay Informed
Sign up for periodic news updates and event invitations.
Facebook Twitter LinkedIn Instagram Youtube Medium
Connect with us on social media or view all of our social media content in one place.