As of late June 2017, individuals from six majority Muslim nations who lack ties to the United States, along with refugees fleeing persecution, are temporarily banned from entering the United States. This policy was issued in one of three executive orders signed by President Trump earlier this year that made sweeping changes to immigration law enforcement and led to many Chicago immigrant rights and legal aid organizations organizing workshops to educate immigrant and refugee communities on their legal rights at home, school, and the workplace.

MacArthur is bolstering these efforts with grants totaling $1.2 million to the following organizations.

Arab American Action Network — $25,000 to convene Chicago's Arab American, Muslim, and immigrant communities with national partner organizations in strategy sessions about how to address and respond to changes to federal immigration law and policy.

Illinois Immigration Funder Collaborative based at the Chicago Community Foundation —$500,000 to a fund that makes grants to Illinois-based organizations for community education and immigrant legal representation.

Raise the Floor Alliance — $25,000 to develop training materials and workshops designed to educate low-wage and immigrant workers on shifts in federal immigration law and policy.

Southwest Organizing Project — $25,000 for legal services for immigrant families on Chicago's southwest side.

The following organizations received grants of $150,000 each in general operating support. As part of their response to the executive orders, these organizations are protecting the rights of immigrants and refugees by providing legal services and representation to anyone who may face religious or ethnic discrimination:

The following organizations received awards of $25,000 each for education and outreach workshops in immigrant and refugee communities: 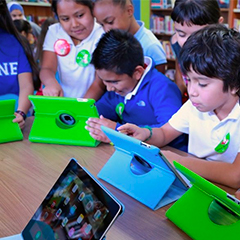