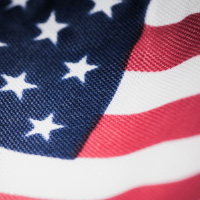 Building on two years of grantmaking aimed at strengthening American democracy, the MacArthur Foundation today announced nine grants totaling more than $1.2 million to support information sharing and research on the role of money in politics and efforts to improve election administration.

MacArthur has been exploring how to strengthen democracy in the U.S., given the widespread view that the political system has failed to adequately address major issues confronting the nation, from climate change to health care, from our fiscal future to the criminal justice system, from immigration to education.  The rising frustration of citizens, documented in poll after poll, is influenced by an economy that is improving too slowly, a sense that the social and cultural ground is shifting in unpredictable ways, and a perception on the part of many that the political system is distorted by the large amounts of money being spent on campaigns.

“The recent government shutdown demonstrated once again that our public debate is too partisan, too shrill, too heavily influenced by campaign fundraising, and too often grounded in ideology rather than evidence.  Yet virtually all of the work that we do as a foundation requires thoughtful and responsive public policy and an effective government,” said MacArthur President Robert Gallucci, who recently published an opinion-editorial about the need for philanthropy to do more to help address the challenges facing American democracy.  “MacArthur is proud to make these additional investments in strengthening our democracy.”

Here are the new grants:

MacArthur has long supported work designed to strengthen democratic institutions and a vibrant democracy in the fields of education, juvenile justice, and federal and state fiscal policy. The Foundation’s grantmaking to non-profit media contributes to news options designed to educate the public about important issues over an array of platforms and outlets. In addition, MacArthur has supported one of the most effective programs to enable members of Congress to discuss serious issues across party lines, the Aspen Congressional Seminar, as well as the bipartisan program for newly elected members of the House of Representatives offered by the Library of Congress.