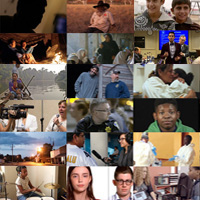 The new grants represent MacArthur’s largest single year investment in documentaries, and they bring the total number of documentary films supported by the Foundation since 1985 to more than 300.

The projects address a range of timely issues, including the Syrian refugee crisis, race relations and inequality in the United States, mental illness, police and community relations, and environmental pollution. The Foundation received nearly 500 proposals in response to its open call for independent documentary film proposals.

“MacArthur remains committed to deep and insightful journalism and media in the public interest; supporting documentary films is one way we support excellent and original nonfiction storytelling on issues that matter to our society,” said Kathy Im, MacArthur’s Director of Journalism and Media. “The projects selected for funding include a mix of documentary forms, underscoring the importance of supporting both proven and new ways to tell stories that engage audiences and spark conversations.”

After Spring, which follows the struggles and triumphs of two Syrian families living in a Jordanian refugee camp as they contemplate an uncertain future, directed by Ellen Martinez and Steph Ching, After Spring LLC ($140,000).

Collisions, a virtual reality journey to the land of indigenous elder Nyarri Morgan, whose first contact with Western culture comes via a dramatic collision between his traditional world view and the cutting edge of nuclear weapons technology, directed by Lynette Wallworth, The Strongheart Group ($100,000).

Psych ER, which tracks the lives of people suffering from mental illness over the course of three years as they search for sanity, directed by Kenneth Rosenberg, Upper East Films LLC ($100,000).

Quest follows the experiences of an African American family over the course of ten years as they use their home music studio to embrace their community, directed by Jonathan Olshefski, Quest Fury Sound LLC ($100,000).

Survivors, which explores both the personal and political turmoil that the Ebola outbreak exposes in Sierra Leone through the eyes of a local filmmaker, directed by Banker White, Anna Fitch, and Arthur Pratt, WeOwnTV ($200,000).

The Conversation, a series of six short films that will serve as a catalyst for dialogue on the deep racial tension and polarization that exists in U.S. communities, directed by Joe Brewster, Blair Foster, Geeta Gandbhir, Perri Peltz, Michèle Stephenson, The Conversation LLC ($75,000).

The Fire and the Bird’s Nest, a film about a young mother who fights to save her homeland from a hydro dam and illegal logging that threatens to destroy the natural and spiritual heritage of her ancestors, directed by Kalyanee Mam, Migrant Films ($100,000).

The Interpreter, which looks at the experiences of Iraqi and Afghan interpreters, and the American verterans they worked with, as they seek to rebuild their lives, directed by Sofian Khan and Andres Caballero, Capital K Pictures ($125,000).

The Oakland Police Project, which follows the Oakland, California Police Department as it works to rebuild trust within the community, directed by Peter Nicks, Open'hood ($120,000).

The Unafraid, which follows four friends seeking a college education after the state of Georgia bans undocumented students from its top universities, Directed by Heather Courtney and Anayansi Prado, ¡Presente Films! ($125,000).

To Bridge the Divide, which explores the efforts of a suburban high school to address racial equity and academic achievement, directed by Steve James, OPRF Film Inc/Kartemquin. ($200,000).

Untitled Missouri Film, which reveals the history of St. Louis, Missouri’s atomic weapons past and the health consequences of illegal dumping of uranium and thorium in suburban neighborhoods, directed by Rebecca Cammisa, Subsurface Smoldering Event, LLC ($100,000).

Whose Streets?, which follows the residents, activists, and leaders of Ferguson, Missouri in the ongoing struggle for racial justice, directed by Sabaah Jordan and Damon Davis, Whose Streets? LLC ($150,000).