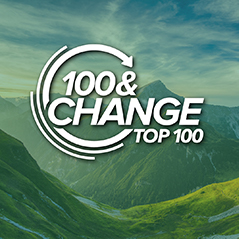 The question we get most often is: what makes for a good proposal?

We recently unveiled the highest-scoring proposals in our 100&Change competition, a.k.a. the Top 100. They represent the top 21 percent of competition submissions after being rigorously vetted, through initial administrative review, a Peer-to-Peer review, an evaluation by an external panel of judges, and a technical review by specialists whose expertise was matched to the project.

Each is featured in the Bold Solutions Network, a searchable online collection of the highest-rated submissions that are showcased this way to help applicants gain visibility and funding from a wide array of funders. Collectively, the Top 100 provide $10 billion worth of compelling projects to address some of the world’s most critical social challenges.

With a little reverse engineering, they also offer organizations seeking funding clues about approaches that work. One way of understanding what makes for a successful grant application is to look at how the Top 100 cluster into different groups and classifications. For example, the following groups are heavily represented in the Top 100:

We also found groupings by topic, location, and organizational type or project structure.

The leading topic is health, with 39 of the Top 100 proposals addressing health issues, and treatments of specific diseases representing the largest share of health projects, followed by access to care, vision care, mental health and substance abuse, and women’s health. Unlike the earlier stages of review, the technical review process matched subject matter experts with specific proposals and allowed for a direct comparison of similar proposals. This type of review is not without problems, as indicated by a survey of reviewers concerns published as a study in Nature.

And it is time intensive. The Nature study found that "for each grant proposal, funders spend between two and six hours finding reviewers and have to contact an average of three people to get one who agrees to do the work." We sent out more than 300 requests to recruit the necessary reviewers, and our experience matches those findings.

There were also patterns among the organizations that did not make it into the Top 100. Projects that reached the later stages of consideration, only to be turned down during this phase of the competition were declined for more complex reasons. Wise Head and technical reviewers, especially those most familiar with the technical aspects of the proposed solutions, tended to have a keen eye (and critical evaluation of) projects that provided an inadequate linkage between what was often an insightful description of the problem and the solution offered. Judges were also critical of projects that seemed to lack an appreciation for the complexity of the problem or to lack evidence that the proposed approach would work.

As always, our hope in providing these updates about 100&Change projects is that we will help all proposals become stronger and allow organizations and collaborations to connect with us and other donors to receive the financial support they need and deserve. We hope that continuing to highlight what works with reviewers will help accomplish that goal. In these uncertain and anxious times, the passion, optimism, and intent behind every proposal received can serve as a source of inspiration.