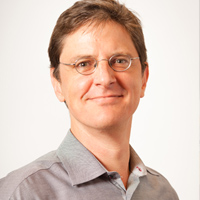 One of the great windows on world problems, solutions, and philanthropy is called "Impatient Optimists." It is the name of the Gates Foundation's blog, and it reflects values and practices that are both bold and deliberative. Impatient Optimism—and the idea that a sense of urgency is essential to philanthropic work—has always been the aspirational value of 100&Change.

Now that the selection of the first 100&Change winner is only months away, we are asking ourselves whether we have conducted this process at the appropriate speed, and how best to share the full scope of this effort. How long should it take to identify a single $100 million problem and solution? Or is making one decision about one grantee actually what we have been doing? More than a year into the public phase of the project, we would have to say the answer to that last question is no.

100&Change addresses multiple goals: reaching beyond our existing networks, programs, and strategies; elevating new approaches to important social problems; revising our approach to risk and grantmaking; and sharing knowledge with others in philanthropy. Another goal has been to ensure all 100&Change applicants benefit, even those who were not selected as semi-finalists. What we have heard from many who submitted applications is that the freedom to think, plan, and dream at the $100 million scale has been transformative.

Impatient Optimism—and the idea that a sense of urgency is essential to philanthropic work—has always been the aspirational value of 100&Change.

We announced 100&Change in March 2016 and opened our website to registration three months later. We spent some summer nights wondering if we would get more than a handful of high quality proposals. In September, we began accepting applications and spent the rest of the fall digesting and distilling nearly 2000 submissions in concert with our outside panel of judges. We were, frankly, overwhelmed by the number and the quality of proposals we received, and hindsight says more time might have been allocated to initial screening. We presented proposals as ranked by our judges to our Board of Directors in January, and announced eight semi-finalists in February 2017. Would less time for applicants to prepare, for staff to qualify, for judges to score, for outside technical experts to review, for our Board to deliberate made things any better? We doubt it.

Since February we have been working intensively with semi-finalists to strengthen their proposals, identify potential partners, understand their communities of interests, and find additional sources of support. The revised proposals MacArthur's Board considered in August are very specific and thoughtful plans that evolved far beyond what was initially designed.

At the same time, MacArthur staff have been working with organizations—foundations, NGOs, governments, consultants, universities, and others—on behalf all 100&Change applicants. Staff from other foundations provided generous, thoughtful, critical review, and feedback on proposals and on MacArthur's approach, sometimes publicly, sometimes very privately. This outside advice has profoundly changed and improved our work. Above all, we hope it has benefitted 100&Change applicants, because we see it as our responsibility to help them get the attention, critique, and assistance they deserve.

What we have heard from many who submitted applications is that the freedom to think, plan, and dream at the $100 million scale has been transformative.

A significant number of applicants have already received support from other organizations. As anyone who has ever helped to raise money knows, this too takes time. We are also looking to identify donors that have more, and less, tolerance for other types of risk.

One bit of fashionable dogma today (especially among those with a comfortable place in the world) is that projects should "fail fast." That approach may be appropriate for some programs, for grants that are small relative to a donor's total giving, and for projects focused on exploration and learning. At the $100 million scale, other considerations—such as responsible stewardship, deliberative decision-making based on input from many experts, and building agreement and awareness within a field—come into play.  The "fail fast" crowd can be quick to turn on those that do.

Anyone who has ever applied for a grant knows the pain of waiting for answer from a funder, and anyone who has received an ill-conceived turndown for support knows the pain of feeling misunderstood. It is one of the contradictions of philanthropy that foundations devoted to the relief of human suffering unintentionally inflict it with an opaque process and unreasonable delays. So, we are thinking hard about how revised timelines for the next cycle of 100&Change might improve our work and support future participants more effectively. We invite your thoughts and comments on how we can best manage the tensions between alacrity, deliberation, and collaboration.