Repository of Documentation on Disappearances in Mexico will collect evidence from disappearances to support families of the disappeared and investigations into human rights abuses.

When it comes to preserving evidence of more than 60,000 Mexicans who have disappeared since 2006, Felipe Sánchez Nájera’s goal is simple.

“Our objective is to have every voice be heard,” said Sánchez Nájera, director of the Human Rights Program at Iberoamerican University in Mexico City. “Maybe there will be drawings or other memory processes that might not be traditionally part of documented evidence, but we want to collect and safeguard the broadest range of information available.”

Iberoamerican has joined College of Mexico, the Institute of Legal Research of the National Autonomous University of Mexico (UNAM), and Chicago-based Center for Research Libraries to create a safe harbor for documents and evidence related to the disappearances of tens of thousands of Mexicans during the nation’s 14-year war on drug trafficking.

Known as the Repository of Documentation on Disappearances in Mexico, or RDDM, the project is an effort to memorialize, find the truth, and seek justice. The nongovernmental initiative builds on the data-gathering and expertise of government agencies, civil society organizations, and academic institutions. National Autonomous University of Mexico (UNAM) has joined three other institutions to create a secure storage site for documents and evidence related to the disappearances of tens of thousands of Mexicans during the nation's war on drug trafficking.

The preservation and accessibility of human rights evidence is part of a broader effort to significantly improve the estimated two percent prosecution rate for murders and disappearances in Mexico.

RDDM also serves as a valuable resource to civil society organizations and informal collectives of families of the disappeared, who often receive little support from authorities.

“One of the main problems we need to figure out is why the person disappeared and who the perpetrators are...."

“Investigations are completely corrupt and broken in Mexico,” said Blanca Martínez, director of Fray Juan de Larios Diocesan Center for Human Rights, in the northern Mexican state of Coahuila, which helps family members pursue cases of loved ones who have gone missing. “The only way to do an investigation of a disappearance is by the family.”

In addition to its digital storage infrastructure, the RDDM will create a public portal to search and retrieve information.

Still in its early stages, the RDDM emerged from discussions between universities, civil society groups, and journalists about how best to preserve evidence of human rights violations in Mexico—a key first step to addressing the magnitude of the country’s human rights crisis. 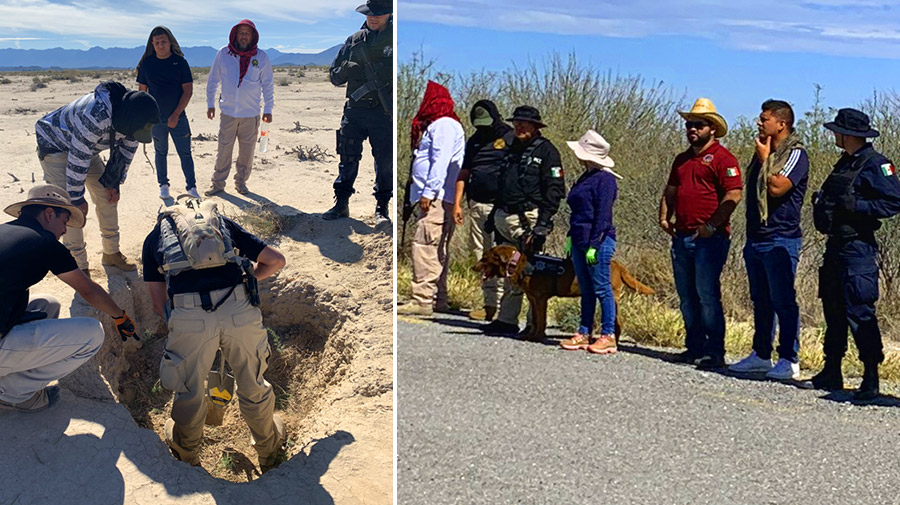 One lesson from that project—which Mexican politicians restricted over concerns it would reveal incriminating evidence on prominent officials—is the importance of the repository’s independence, said Aurora Gómez-Galvarriato, director of the National Archives from 2009 to 2013.

Other projects that will be integrated into RDDM include the Observatory on Disappearances and Impunity, for which the UNAM, FLACSO Mexico, Oxford University, and the University of Minnesota gathered documentation of disappearances with local partners from several Mexican states. A compilation of records of clandestine graves in Mexico developed by Iberoamerican University together with Article 19 and the Mexican Commission for the Defense and Promotion of Human Rights will also be included.

A significant challenge will be finding ways to allow researchers, journalists, and others to access information, while safeguarding sensitive or confidential material.

“We know that there may be a lot of concerns about the safety and security of the information and the need to protect confidentiality,” said James Simon, who is coordinating the Center for Research Libraries’ role. “We are starting to scope out and balance the needs for making the information accessible versus privacy and security.” Families of people who have gone missing assemble at a site in Panteon La Paz to create more pressure for exhumations.

To strike that balance, the RDDM might make selected information completely anonymous and limit access to some materials. Also, a back-up copy of the database will be stored outside of Mexico to prevent censorship or suppression.

Architects of the repository say it will be invaluable in detecting patterns of disappearances and other indirect evidence—contextual information that can go unnoticed when looking at individual cases.

“It is a documentation of one of these complicated episodes in history that we really don’t know when will end.”

“When a person disappears, their loved ones don’t know what happened to the person. They just suddenly vanish,” said Karina Ansolabehere, a human rights researcher at the Institute for Legal Research at UNAM. “One of the main problems we need to figure out is why the person disappeared and who the perpetrators are, and this is where the indirect evidence is really, really useful.”

The project aims to recruit other institutions across Mexico to expand the repository’s information base. That broader reach could help investigators establish trends in disappearances and demonstrate links between individual cases, often crucial elements in solving such crimes. Women in Chihuahua participate in a march to draw attention to the disappearance of over 70,000 Mexicans.

The institutional network also may open doors for the RDDM to build relationships with family support groups, one of the most effective conduits for relatives of the disappeared to share information.

“The participation of other libraries also will be helpful in gaining trust and credibility with these community organizations so that they feel comfortable entrusting their data and evidence with this project,” said Micaela Chávez, library director of El Colegio de México.

While materials the RDDM gathers will provide trustworthy evidence for current cases, the longer-term aim is preserving information that could support the work of a future truth commission or international tribunal.

“It is a documentation of one of these complicated episodes in history that we really don’t know when will end,” said Gómez-Galvarriato, now a professor and investigator at El Colegio de Mexico. “It will become part of the history of Mexico and also of Latin America and of humanity.”

In 2019, MacArthur committed $15 million to support Mexico’s civil society and ongoing efforts to protect human rights and improve the quality of criminal investigations, including early work on the RDDM.