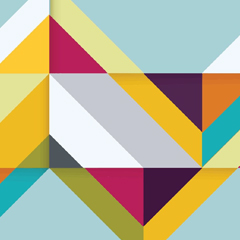 Since 2015, the Nuclear Challenges Big Bet has sought to reduce global nuclear risk via ceased production and elimination of stockpiles of weapons usable material (W-UM). In response to significant challenges in the landscape, including the change in the U.S. Administration in 2017, the strategy aimed to reinforce investments related to protecting and strengthening the global nuclear regime, recognizing the growing risks to nuclear stability. To realize its goals, the Nuclear Challenges strategy has supported activities in dual pathways: (1) protect, stabilize, and strengthen the nuclear regime; and (2) assure safety and security across the fuel cycle, in processes related to production, storage, and disposal of W-UM. This combination of regime- and fuel cycle-focused efforts was believed to be necessary to realize the strategy’s end goal.

The Nuclear Challenges theory of change identifies three approaches: (1) develop and advance policy solutions, i.e., develop a fund of credible, viable, and innovative policy-relevant ideas and share these with governmental decision makers; (2) enhance relationships among key actors, i.e., via pursuit of opportunities for bilateral and multilateral dialogue that foster trust and goodwill; and (3) increase the capacity of actors in the nuclear field. These approaches are applied to five modules that represent critical countries and relationships, which are believed to play a significant role in the stability of the nuclear regime and advancement of ceased production and elimination of W-UM due to their existing weapons or W-UM stockpiles, and/or that address risks that potential proliferation poses to global nuclear security. The five modules and related components are: United States (U.S. Congress, U.S.-Russia, Fuel Cycle, and Weapons Policy components), Tough Cases (Iran and North Korea components), Possessor/Non-Possessor Tensions, Threshold Countries (Fuel Cycle and Weapons components), and Global Fuel Cycle. The Nuclear Challenges strategy posited that the approaches, when applied to the five modules, will contribute to a more stable regime in which the three core regime principles (disarmament, nonproliferation, and peaceful uses) are upheld, and there is widespread agreement and commitment by countries toward the strategy’s end goal.

Since November 2017, ORS Impact has served as evaluation and learning partner to the Nuclear Challenges team. The purpose of this report is to present a strategy-level synthesis of data and findings gathered between May 2019 and May 2020. The report lays out substantive findings regarding the strategy’s outcomes and the external landscape that, together, present a picture of progress to date. The report sets out to answer three overarching questions:

To answer these questions, ORS employed a mixed-methods design to measure the status of and progress within module components and related to the strategy’s end goal. This report presents the first synthesis of evaluation data about the Nuclear Challenges strategy.

We drew the following conclusions from the findings of the synthesis report: