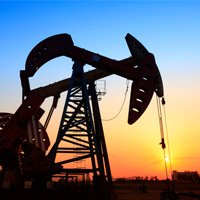 For nearly a decade, East Africa's Rift system has been one of the most prospected oil and natural gas regions in the world, with exploration activity stretching from the Red Sea through eastern Democratic Republic of Congo, Ethiopia, Kenya, Uganda, Tanzania and down to Mozambique. In 2012, the Foundation’s Conservation and Sustainable Development and Human Rights program areas began exploratory grantmaking aiming to help ensure that governance of the emerging oil sector in East Africa was done in a way that minimized environmental and human rights abuses too often associated with the extractive industries on the continent. Uganda and Kenya were selected as grantmaking priority countries during the exploratory phase of the initiative. Initial grants were made in 2012 in Uganda and 2013 in Kenya and fell within three themes:

While the pace of oil exploration and infrastructure development in Uganda and Kenya has been relatively quick, the Foundation noticed early in its grantmaking a paucity of baseline information related to a range of measures that could help elucidate the full economic, social and environmental impact of the oil sector in both countries. Such information, in the form of a landscaping exercise, was recognized as an invaluable step toward understanding the impact of the Foundation’s investments, while also being useful to other stakeholders engaged in the oil sector. In 2013, MacArthur commissioned the United Nations Environment Program’s World Conservation Monitoring Center (UNEP-WCMC) to conduct a baseline study to provide the following:

A key output of the study was the creation of a framework to monitor and evaluate both the impact of the oil sector on the environmental and socioeconomic livelihoods of people. It is available in the report available for download and includes an analysis of the robustness of existing data that the Foundation and others might track, or work to improve, in order to better understand the pace and kind of changes taking place. The report also contains specific recommendations related to Uganda and Kenya made by UNEP-WCMC. A Midterm Evaluation of the Conservation & Sustainable Development Program 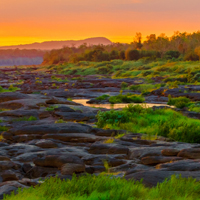