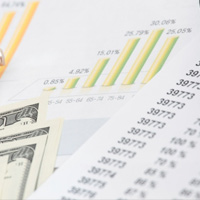 A new report shows cost-benefit analyses have helped states make better investments of public dollars by identifying programs and policies that deliver high returns. However, the majority of states are not yet consistently using this approach when making critical decisions. This 50-state look at cost-benefit analysis, a method that compares the expense of public programs to the returns they deliver, was released today by the Pew-MacArthur Results First Initiative, a project of The Pew Charitable Trusts and MacArthur.

The study, States’ Use of Cost-benefit Analysis: Improving Results for Taxpayers, comes at a time when states are under continuing pressure to direct limited dollars toward the most cost-effective programs and policies while curbing spending on those that do not deliver. The report is the first comprehensive study of how all 50 states and the District of Columbia analyze the costs and benefits of programs and policies, report findings, and incorporate the assessments into decision-making. It identifies key challenges states face in conducting and using the analyses and offers strategies to overcome those obstacles. The study includes a review of state statutes, a search for cost benefit analyses released between 2008 and 2011, and interviews with legislators, legislative and program evaluation staff, executive officials, report authors, and agency officials.

“States that are committed to ensuring that taxpayer funds are spent effectively are turning to cost-benefit analysis,” said Gary VanLandingham, director of the Pew-MacArthur Results First Initiative. “Many policymakers are looking for information that would allow them to target cuts more strategically, rather than make across-the-board reductions that treat effective and ineffective programs alike. Policy and spending choices should be based on evidence about what works and what does not. The bottom line is while the use of cost-benefit analysis is growing, states should be making wider and better use of this approach.”

"Policymakers today are pressed from all sides to make policy decisions quickly and often with little evidence," said Valerie Chang, Director of Policy Research for the MacArthur Foundation. "This report shows that many states are taking the lead on partnering with organizations and developing tools that reveal which policies work in a cost-effective way. We hope it will galvanize states to embrace cost-benefit analysis in the spirit of better serving their communities and taxpayers."

Researchers evaluated states on their use of cost-benefit analysis using three criteria.

The Pew-MacArthur Results First Initiative is a new project that is working with states to implement an approach that uses the latest research to determine the return on investment for a broad range of programs. The Initiative provides technical assistance to states to help them adopt and apply the model to their own policies and programs. The project is currently working with 14 states: Connecticut, Florida, Idaho, Illinois, Iowa, Kansas, Massachusetts, Mississippi, New Mexico, New York, Oregon, Rhode Island, Texas, and Vermont. The model was first developed and used by the Washington State Institute for Public Policy.