Two new surveys supported by MacArthur show strong public backing for the rehabilitation of youthful offenders and a greater willingness of taxpayers to pay for rehabilitative programs than for the incarceration of offenders in jail.  These findings indicate support for an approach to juvenile justice that runs contrary to the increasingly punitive policies adopted across the country in the 1990s.

Polling data released today by the Center for Children’s Law and Policy (CCLP) show that more than 70 percent of the general public agree that incarcerating youthful offenders without rehabilitation is the same as giving up on them.  The Center also reported that nine out of 10 people surveyed believe that “almost all youth who commit crimes have the potential to change.” Separate research conducted by the MacArthur Foundation Research Network on Adolescent Development and Juvenile Justice (ADJJ) found that when given the choice, the public is more willing to pay for juvenile rehabilitation than incarceration.

“Momentum is gathering across the nation to replace the harsh, ineffective measures enacted over theast two decades with programs that address the welfare of young people while preserving safe communities,” said MacArthur President Jonathan Fanton.  “The public understands that youth in trouble with the law are not lost, and that working with them to solve problems is a better approach than just locking them up.”

During the 1990s state legislatures across the country enacted statutes under which growing numbers of youths can be prosecuted in criminal courts and sentenced to prison. An assessment of public attitudes is important because policy makers often assume popular demand for such action. These new findings indicate a far greater desire for rehabilitation and more moderate reforms.

“Public sentiment is aligned with what the research shows are the most effective ways to deal with juvenile offenders,” said Laurence Steinberg, director of the MacArthur Research Network. “Far too many political leaders at the national level are out of step with the public on these issues; many states are showing great leadership in creating the kind of juvenile justice systems that the public actually wants, and which are known to work.”

“It is remarkable that two entirely different ways of examining the public’s views on juvenile justice came to essentially the same conclusion in terms of the public’s willingness to redirect funds from incarceration to rehabilitation programs,” said Mark Soler, Executive Director, Center for Children’s Law and Policy. “In addition, the poll found that the public strongly favors keeping nonviolent juvenile offenders – who are more than 90% of youth arrested each year – in community-based facilities or under community supervision.”

These two new reports were supported through the MacArthur Foundation’s $120 million Models for Change initiative, a national effort to reform juvenile justice systems across the country. The initiative is gathering evidence about what works and funding model programs to illustrate the potential for reform.

The Center for Children’s Law and Policy’s poll was carried out during the summer of 2007 by Belden Russonello and Stewart (BRS), a non-partisan public opinion research firm based in Washington, DC. To prepare the poll on America’s attitudes about youth, race, and crime, BRS first conducted eight focus groups in Chicago, IL; Seattle, WA; Pittsburgh, PA; and Baton Rouge, LA – large cities in four of the states that are the focus of MacArthur’s Models for Change initiative. In September, BRS surveyed 1700 adults total, including 500 nationwide and 300 in each of the four Models for Change states.

The research carried out by the MacArthur Research Network compared respondents’ willingness to pay for incarceration versus rehabilitation of juvenile offenders who had committed serious violent crimes in the four states participating in the Models for Change initiative. Researchers conducted telephone interviews with a random selection of 500 households from each state.

These new findings were released at a national juvenile justice reform conference held here by the MacArthur Foundation.  At the conference, MacArthur President Jonathan Fanton also announced the addition of eight new states for participation in Models for Change “action networks” to improve mental health services and reduce racial and ethnic disparities in the juvenile justice system.

Colorado, Connecticut, Ohio, and Texas join the original Models for Change states of Illinois, Louisiana, Pennsylvania and Washington to participate in the Mental Health Action Network, which will find new ways to identify and treat the 25 percent of youth involved in the juvenile justice system who have serious mental health needs.  Kansas, Maryland, North Carolina, and Wisconsin, along with the four original states, will form the Disproportionate Minority Contact Action Network, which will work to eliminate systemic unfairness based on ethnicity or color.  Fanton also said MacArthur will add a third action network next year that will focus on juvenile indigent defense, which will bring Models for Change to a total of 16 states across the country. 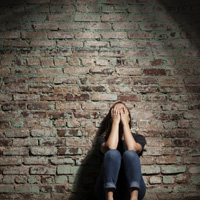 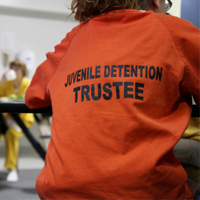 MacArthur Expands Investment in Juvenile Justice Reform to $165 Million, Launches Resource Centers to Advance Reform and Improve Outcomes for Youth
More news on Juvenile Justice
Remarks by Jonathan Fanton at the Models for Change Conference
View More About Juvenile Justice
Stay Informed
Sign up for periodic news updates and event invitations.
Facebook Twitter LinkedIn Instagram Youtube Medium
Connect with us on social media or view all of our social media content in one place.