$20 Million in Climate Grants: Initial Investment in China and Second Round of Grants in India $19 Million in Grants Broaden the Economic and Health Benefits of Cleaner, Cheaper Energy 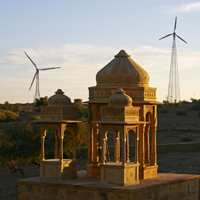