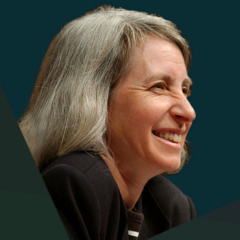 Martha Minow, legal and human rights scholar, was elected to chair the MacArthur Board of Directors and will assume her new role in June 2022.

Martha Minow, legal and human rights scholar, was elected to chair the MacArthur Board of Directors. Minow has served on the Board since 2012 and will assume her new role in June 2022.

An accomplished academic, Minow has advocated for the law to center human rights and equity. Her influential scholarship as well as work in U.S. courts and international commissions have helped create a more just and peaceful world.

Minow has advocated for the law to center human rights and equity.

“I am delighted that Martha will be the next Chair of MacArthur’s Board,” said current Board Chair Daniel Huttenlocher. “Her values and her leadership experience are a tremendous asset to the Foundation and its mission.”

Minow is 300th Anniversary University Professor at Harvard University, where she is also a director of the Berkman Klein Center for Internet and Society. From 2009-2017, she was the Dean of Harvard Law School. Her courses include civil procedure, constitutional law, fairness and privacy, international criminal justice, and nonprofit organizations. She clerked for Justice Thurgood Marshall of the Supreme Court of the United States, after a clerkship with Judge David Bazelon of the United States Court of Appeals for the D.C. Circuit.

Minow helped to launch Imagine Coexistence, a program of the U.N. High Commissioner for Refugees, to promote peaceful development in post-conflict societies. She has served on the Center for Strategic and International Studies Commission on Countering Violent Extremism and on the Independent International Commission Kosovo.

Additionally, in partnership with the federal Department of Education and the Center for Applied Special Technology, Minow worked to increase access to the curriculum for students with disabilities. This advocacy resulted in both legislative initiatives and a voluntary national standard expanding access to curricular materials for people with disabilities.

“I am grateful to be a part of MacArthur, an organization working to advance social justice, environmental sustainability, and peace.”

“I am grateful to be a part of MacArthur, an organization working to advance social justice, environmental sustainability, and peace.” Minow said. “Supporting creative people, meaningful institutions, and collaborative networks, MacArthur helps create a more equitable world where communities can grow and thrive. I look forward to contributing as Chair.”

Minow has written such influential books as Saving the News: Why the Constitution Calls for the Government to Act to Preserve the Freedom of Speech (2021), When Should Law Forgive? (2019), In Brown’s Wake: Legacies of America’s Constitutional Landmark (2010), Partners, Not Rivals: Privatization and the Public Good (2002), and Between Vengeance and Forgiveness: Facing History after Genocide and Mass Violence (1998).

She also leads or founded several publications that create more opportunities for others’ scholarship. She co-founded and is Co-Editor of American Journal of Law and Equality, Associate Editor of the Harvard Data Science Review, and Co-Editor of the Law, Violence, and Meaning Series, Univ. of Michigan Press.

Minow serves as a trustee for several organizations, including Vice-Chair and Trustee of the Advantage Testing Foundation; Co-Chair of the American Academy of Arts and Sciences, Access to Justice Project; Co-Chair, External Advisory Council of MIT Schwarzman College of Computing; Executive Committee of the National Academy of Sciences' Committee on Science, Technology, and Law; Chair of the Profiles in Courage Award Selection Committee, JFK Library. She is a Trustee at the Campaign Legal Center, Carnegie Corporation, Russell Sage Foundation, Susan Crown Exchange Foundation, and WGBH.

Her other memberships and advisory roles include American Law Institute; Center for Antiracist Research, Boston University; Facing History and Ourselves, Initiative on Harvard and the Legacy of Slavery; MIT Center for Constructive Communication; and the MIT Media Lab.

Minow grew up in the Chicago area, graduated from New Trier High School, and completed her undergraduate studies at the University of Michigan. Minow received a master’s degree in education from Harvard and a law degree from Yale.

“She has helped shape where the Foundation is today.”

“I am thrilled that Martha has accepted the role to chair MacArthur’s Board,” MacArthur President John Palfrey said. “She has helped shape where the Foundation is today. I have no doubt that as Chair Martha will keep us focused on creating a more equitable global community that upholds the rights and well-being of the most vulnerable.”

MacArthur’s Board sets policies and strategic direction for the Foundation; approves grantmaking areas, initiatives, and grants; and oversees investments and the audit process through the work of its committees.

View all Board members ›