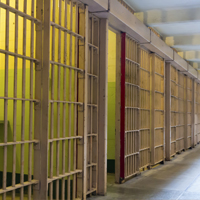 MacArthur today announced an initial five-year, $75 million investment that seeks to reduce over-incarceration by changing the way America thinks about and uses jails. The Safety and Justice Challenge will support cities and counties across the country seeking to create fairer, more effective local justice systems that improve public safety, save taxpayer money, and lead to better social outcomes. Jail populations have more than tripled since the 1980s, as have cumulative expenditures related to building and running them.

“For too long America has incarcerated too many people unnecessarily, spending too much money without improving public safety,” said Julia Stasch, MacArthur’s President. “Jails are where our nation’s incarceration problem begins; there are nearly 12 million jail admissions every year, and jails too often serve as warehouses for those too poor to post bail, nonviolent offenders, or people with mental illness. With this substantial, long-term commitment and investment, MacArthur hopes to support and demonstrate alternatives to incarceration as usual, and to create demand and momentum for change across the country.”

The Challenge will support jurisdictions across the country working to safely reduce over-reliance on jails, with a particular focus on addressing disproportionate impact on low-income individuals and communities of color. Core to the initiative is a competition through which the Foundation will fund up to 20 jurisdictions to design and implement plans for creating fairer, more effective local justice systems using innovative, collaborative, and evidence-based solutions. The Foundation released a request for proposals for the competition today.

Despite growing national attention to the large number of Americans confined in state and federal prisons, significantly less attention has been paid to local justice systems, where the criminal justice system primarily operates and where over-incarceration begins.

According to a report released today by the Vera Institute of Justice, “Incarceration’s Front Door: The Misuse of Jails in America”:

The Challenge will engage a diverse range of organizations and individuals – law enforcement, judges, prosecutors, defenders, policymakers, academia, advocates, and funders – to lend their insights and participation to this effort. Four of the nation's leading criminal justice organizations will provide technical assistance and counsel to Safety and Justice Challenge jurisdictions: the Center for Court Innovation, the Justice Management Institute, Justice System Partners, and the Vera Institute of Justice.

The MacArthur Foundation has been active in the justice field for more than 20 years. Through its Models for Change juvenile justice reform initiative, the Foundation has supported reform in more than 35 states in an effort to create a more rational, fair, effective, and developmentally appropriate juvenile justice system. MacArthur has supported seminal research on the effects of modern neuroscience on criminal law and has a rich history in international justice, including helping to establish the International Criminal Court. The Foundation has for several years supported work related to criminal justice reform as part of an exploration of a strategy for reform in the field. This work included support for the National Academies of Sciences 2014 report The Growth of Incarceration in the United States.

Vera Institute of Justice, National Academy of Sciences, Committee on Law and Justice