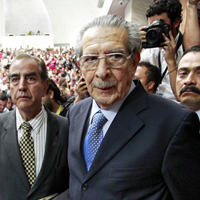 MacArthur, a supporter of independently produced film and video for more than 30 years, today announced 18 grants totaling $2 million for documentary film projects. The documentaries address a range of important issues, including immigration, wrongful convictions, and the aftermath of genocide.

The Foundation received nearly 500 proposals in response to its most recent open call for independent documentary film proposals.

“We continue to be heartened and amazed by the creative energy, journalistic integrity, and commitment to bringing issues to light that filmmakers demonstrate during each open call,” said Kathy Im, MacArthur’s Director of Media, Culture, and Special Initiatives.

The following 18 documentary film projects were chosen for support:

The Arrivals, the intimate story of two undocumented immigrants in dogged pursuit of their own “American dream.” by Heidi Ewing, Loki Films ($150,000).

The Big Battle, about the nationwide fight to define a new immigration policy and what it means to be American, in Congress and beyond, by Shari Robertson and Michael Camerini, Epidavros Project, Inc. ($100,000).

Carbon Trade-Off, about the promise and challenges facing carbon trading in California and Mexico, by Aaron Soto-Karlin and David Soto-Karlin, Nomoha Media LLC ($100,000).

Cocaine Prison, about the drug trade and the price paid by those at its lowest echelons, by Violeta Ayala, United Notions Film ($50,000).

Hazing, about the cultural practice of hazing, by Byron Hurt, God Bless the Child Productions, LLC ($50,000).

In the Game, about the experiences and aspirations of Latina adolescents and the role of soccer in their lives, by Maria Finitzo, Kartemquin Films ($100,000).

Out of State, about the experiences of native Hawaiian inmates sent to a private penitentiary in Arizona, by Ciara Lacy, Out of State, LLC ($75,000).

Saving Mes Aynak, about preserving archaeological treasures found in Afghanistan at a site made available by the government for mining by a Chinese company, by Brent Huffman, Northwestern University ($100,000).

Trapped, about the lack of accessible reproductive health care for low-income and African American women in the American South, by Dawn Porter, Trilogy Films ($125,000).

Voting Wars, which examines the recent debates and changes to voting requirements in the United States, by Ian Inaba, CEL Education Fund ($200,000).

Wounds We Carry, about the process of reconciliation among survivors of Cambodia’s killing fields, by Michael Siv, Center for Asian American Media ($100,000).