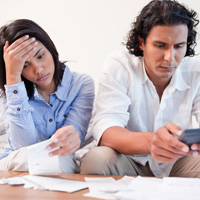 During the past three years, over half of all U.S. adults (52%) have had to make at least one sacrifice in order to cover their rent or mortgage, according to a new survey of housing attitudes released today by MacArthur. Such sacrifices included getting an additional job, deferring saving for retirement, cutting back on health care and healthy foods, running up credit card debt, or moving to a less safe neighborhood or one with worse schools.

The How Housing Matters Survey, the second annual national survey conducted by Hart Research Associates, found that while there are some indicators that the American public’s views about the housing crisis are shifting toward the positive, large proportions of the public are not feeling the relief: seven in 10 (70%) believe we are still in the middle of the crisis or that the worst is yet to come.

Concerns about the lack of affordable quality housing in their community are one reason why six in 10 (58%) believe government should be doing more to ensure there is both sufficient affordable quality rental housing, and housing to buy. Reinforcing survey findings from 2013, attitudes about homeownership have shifted, with 43% indicating it is no longer the case that owning a home is “an excellent long-term investment and one of the best ways for people to build wealth and assets,” and more than half (54%) believing that buying a home has become less appealing than it once was. Even as seven in 10 renters (70%) aspire to owning a home, high proportions (58%) believe that “renters can be just as successful as owners at achieving the American Dream.”

Hart Research Associates conducted telephone interviews, including landlines and cell phones, of 1355 adults between April 8 and April 14. An oversample of owners and renters who pay more than 30% of their income on housing was taken, to gain insight into the experience and attitude of those whose housing situation may be considered distressed. Survey highlights include:

The public demonstrates a clear understanding of the sacrifices that must be made by families struggling to maintain their housing. Greater than six in 10 adults believe it is at least fairly likely for a family that is struggling to keep their housing to have to take on an additional job or hours at work (82% very/fairly likely), stop saving for retirement (73%), accumulate credit card debt (72%), or cut back on health care (62%). A majority of adults (55%) believe it is at least fairly likely that such a family will have to cut back on healthy, nutritious food, and just fewer than 2 in 5 believe such a family will likely move to a neighborhood that is less safe or has worse schools.

One reason for their awareness of these challenges is that a majority of Americans has faced them: over half of all adults (52%) have had to make at least one such sacrifice in the past three years to ensure that they can cover their rent or mortgage. While half of all whites (49%) indicate they have made a sacrifice, nearly two-thirds of African Americans (63%) and Hispanics (64%) indicate they have done so. Among all adults, 47% report that either now or at some point in the past their housing situation was not “stable and secure,” and among current renters, that figure is 56%.

Renters and owners paying more than 30% of their income on housing – an established benchmark of financial distress -- have had to make many of these sacrifices at even higher rates. Some 62% of distressed owners and 3 in 4 distressed renters (74%) have made at least one of these tradeoffs in the past three years. Among those indicating distress in paying their rent or mortgage, 27% have stopped saving for retirement, 23% have cut back on health care, and 23% have accumulated credit card debt.

While economists and housing experts say the housing crisis is behind us, large proportions of the American people are not feeling the relief.  Very high proportions of the public (70%) continue to believe that we are still in the midst of the housing crisis (51%) or that the worst is yet to come (19%). Only 25% believe “the housing crisis is pretty much over.” The public in 2014 is only slightly more optimistic than it was one year ago, when 77% believed we were still in the middle of the crisis or that the worst was yet to come.  More than two in five adults (42%) believe the housing market today continues to be a serious problem.

The American people believe that the country’s housing environment is changing.  While most non-owners (70%) aspire to own a home someday, homeownership is not viewed as the vehicle to building wealth that it once was, and the public believes that renting has grown in appeal while owning has declined. Two-thirds of the public (64%) believes it is less likely today than 20 or 30 years ago, for a family to build equity and wealth through homeownership. The public is divided on whether homeownership continues to be an excellent long-term investment (50%) or whether this is no longer the case today (43%). Half of all adults (54%) believe that owning a home has become less appealing in the current environment, while a similar proportion of adults (51%) believe that renting has become more appealing. Today, nearly 6 in 10 adults (58%) believe renters can be just as successful as owners in achieving the American Dream.

A majority of Americans believe that government can do much to solve the problem of housing affordability, yet do not favor either homeownership or rental housing over the other. Six in ten (61%) believe that “a great deal” or “a fair amount” can be done to solve the problem of housing affordability, including 70% of renters and 57% of owners. But the public does not wish government policy to tilt in favor of either owning or renting. A solid majority (58%) wants the federal government to invest in both equally. At the same time, Americans understand certain tradeoffs in federal support for housing: more favor (47%) rather than oppose (40%) the elimination of the mortgage interest deduction for second homes and homes valued over $500,000 and “believe that the money saved should be used to fund federal government programs that increase access to low- and moderate-income housing.”

The housing crisis that began more than five years ago has left an indelible mark on the attitudes and experiences of Americans,” said Geoffrey Garin, president of Hart Research Associates. “Housing affordability has driven a large share of the American people to make significant financial adjustments. Concern and insecurity about the ability of middle class Americans to maintain their footing and for people to rise up into the middle class is a central theme in America today and this research shows that housing is front and center in these concerns.”

While homeownership continues to be the dream for most renters, this year’s How Housing Matters survey confirms our initial findings from last year: Americans want a more even-handed approach to housing policy,” said Garin.

The continuing stresses felt by the vast majority of Americans in the aftermath of the housing recession are real and profound,” said Julia M. Stasch, MacArthur’s Vice President of U.S. Programs. “This survey provides insight into the substantial burden of costly and unstable housing, particularly for low and middle-income families. It is clear that Americans believe more can and should be done to improve housing affordability for renters and owners, and that government should take action to invest in both equally.”