The first-of-its-kind longitudinal study by civic learning scholars of high school students' Internet use and civic engagement found that:

The study results are being announced by a newly-formed research network of scholars, Youth and Participatory Politics, that will build on the study results and launch further investigations into the ways in which the Internet and digital media are impacting democratic and political engagement, particularly among youth. The formation of the Youth and Participatory Politics (YPP) research network and the announcement of the study's findings come in the wake of numerous high-profile uprisings in North Africa and the Middle East in which digital media, the Internet, and social networking appear to have played a role.

"Youth participate via new media in countless ways. Those habits and skills appear to have been key supports in these protests," said Mills College education professor Joe Kahne, the author of the study. "Both in the U.S. and abroad, so much civic and political life is online. We've got to pay attention to new media when we think about civic learning.

"Research demonstrates that many youth are disengaged from traditional forms of civic and political life but are very engaged with new media," Kahne said. "Our study findings strongly suggest is that there are ways to build on their engagement with digital media to foster engagement in civic life."

First-of-its-Kind Study on Youth and the Internet

The study is unique, tracking hundreds of students over time and asking about online practices and civic and political engagement. Overall, more than 2,500 youth were surveyed and more than 400 youth were followed for several years. The participants came from a highly diverse set of 19 school districts throughout California. "We followed the same youth for up to 3.5 years. We assessed whether particular kinds of online activities were associated with increased or decreased youth civic and political activity," Kahne said.

The study examined, for example, how often students:

The students self-reported their answers to questions on digital media literacy and exposure to political diversity by indicating how much they agreed or disagreed with statements such as:

To assess the access, effectiveness and potential value of digital media literacy programs, students were asked how frequently in their classes they:

A comprehensive analysis of the students' responses found that:

"We found that being part of online participatory communities tied to youth interests, political or not, exposes youth to a greater degree of diverse viewpoints and issues and is related to higher levels of civic engagement," Kahne said. "Both of these outcomes are good for democracy."

New Research Network to Expand Probe of the Internet and Democracy

Chaired by Kahne, the new research network on Youth and Participatory Politics will conduct national surveys and launch in-depth qualitative studies of the relationship between digital media, youth and political engagement. It will focus on the potential of digital media to inform and empower youth and foster constructive collective action and social enterprise both in the US and internationally. It will also examine ways to guard against the problematic dynamics associated with digital media, including the spread of misinformation, and the relationship between anonymity, responsibility and ethics.

"It's hard to imagine a more pressing issue than the next generations' involvement in our democracy," said Connie M. Yowell, director of education programs for the MacArthur Foundation in the U.S. MacArthur supported the civic engagement survey and study and is supporting the Youth and Participatory Politics research network as part of its Digital Media and Learning initiative. "Social media has clearly altered the nature of participation with implications for the economy, learning, and as we are now witnessing almost daily - civil society - both in the United States and globally," Yowell said.

"The Youth and Participatory Politics Network is an extraordinarily diverse group of scholars and practitioners," Yowell said, "who will bring both a fresh perspective and new evidence to the question of democratic participation in the 21st century."

The MacArthur Foundation launched its Digital Media and Learning initiative in 2006 to explore how digital media are changing the way young people learn, play, socialize and participate in civic life in the 21st century.

"At a time when social media are transforming how youth engage with each other, with adults, and with the world more largely, the YPP research network is leading the way in understanding the changes in youth participation in politics, and the extraordinary possibilities and challenges that follow," said director Goldberg from the Humanities Research Institute. "I can't wait to see further results from the network."

For More Details About the Study Findings and YPP Research Network: 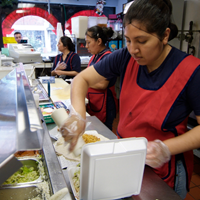 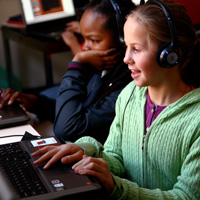