MacArthur is committing $50 million to help conservation groups working in eight biodiversity hotspots preserve biodiversity in the face of climate change. The eight hotspots — places with high concentrations of species, many of which are found no where else and all under extreme threat — are the geographic focus areas of MacArthur’s conservation grantmaking. They include the Lower Mekong, Eastern Himalayas, and Melanesia in Asia and the Pacific; Madagascar and the Albertine Rift in Africa; and the Insular Caribbean and southern and northern Andes in Latin America.

“The scale and urgency of the climate change problem demands that the international conservation community step up its efforts,” said MacArthur President Jonathan Fanton in remarks at the World Conservation Congress in Barcelona. “It is clear that for conservation to succeed in the face of climate change there must be shared science, coordinated action, and the capacity for rapid response, backed up with increased financial resources.”

Over approximately the next five years, MacArthur’s $50 million commitment will continue to fund efforts aimed at adapting to the threat posed by climate change. Support will focus on four broad categories:

With MacArthur support, the Bishop Museum in Hawaii has undertaken a range of efforts to better understand climate change in Melanesia, such as developing models to predict its possible impact on biological resources and a review of the economic costs of climate change on key sectors in the region. The Wildlife Conservation Society is doing similar work in Africa’s Albertine Rift, such as evaluating the ability of endemic species to adapt to potential climate change and carrying out efforts to better understand the impact of climate change on agriculture and the communities that depend on the land for survival. Findings have prompted MacArthur to increase its support for climate change prevention and adaptation efforts. 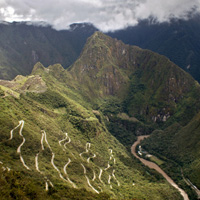