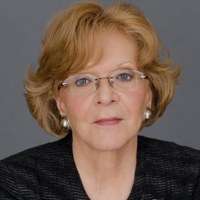 MacArthur’s 100&Change is a unique philanthropic competition. Distinctively, we did not select a problem or target a place in advance. Instead, we are entirely open to any proposal, in any field, from anywhere in the world. The winner will receive a grant of $100 million to help address an important problem by advancing a single solution that is meaningful, verifiable, feasible, and durable.

We believe transparency about the rules, the process, and the judging reflects the value we place on openness. Key information about all proposals will be public, potentially leading to more support for implementing some of the best ideas – even beyond our award in this competition. As part of our commitment to openness, this is the first in a regular series of posts that will share competition developments and information. When we announced 100&Change, we were not sure what to expect. There was significant and immediate public attention, but it was not clear if that initial interest would translate into robust participation and many proposals for real social change.

More than we had hoped, people and organizations from all over the world responded with tremendously diverse ideas, problems, and solutions. In total, 7084 people registered on the competition website and 1884 organizations submitted proposals before the early October deadline. While our focus is on finding a single approach to spending $100 million on a single problem, we received wide-ranging proposals that, taken together, describe how to spend more than $100 billion to better people’s lives and improve specific communities, our planet, and, for an extremely ambitious few, beyond the earth itself.

Proposals first undergo an administrative review process that checks each against the eligibility guidelines published on our site and basic requirements of completeness. More about that review and additional steps in the judging process in our next update. In the meantime, we want to thank everyone who contributed their thoughts, dreams, hopes, plans, and ideas to 100&Change.

I am heartened by the robust participation in 100&Change. Solutions exist to some of our most pressing problems, and people care deeply about making their neighborhoods, their nations, and the world better. In an era of negativity and a time of challenge, opportunity and hope abound.