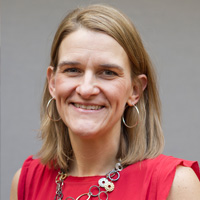 The world is arguably closer to nuclear war than ever before, but our elected officials too often do not have the expertise or insights to make informed decisions that can minimize nuclear threat. Decades after the end of the Cold War, very few members of Congress and their staff have a deep understanding of nuclear issues. Every two years, a crop of newly-elected lawmakers arrives on Capitol Hill, most of whom are nuclear novices in need of staff guidance and support. This problem has only gotten worse with time.

MacArthur—through grants to the Nuclear Security Working Group—is trying to change this. We are placing nuclear experts in congressional offices, so members have the information they need to develop and pass legislation and treaties that will make the world safer from nuclear weapons.

To address this pressing problem, MacArthur supported a new initiative—the Nuclear Security Working Group Congressional Fellowship. The fellows advise senators and representatives as they make important decisions about nuclear policy, and in turn, the fellows bring back to the nuclear field first-hand knowledge of the innerworkings of Congress.

One element of our Nuclear Challenges grantmaking strategy is building the capacity of key governmental actors to engage on nuclear issues, including members of Congress. In order for policymakers to generate better nuclear policies, they need more knowledge on the issue. Expanding this fellowship was an ideal way to educate lawmakers.

Decades after the end of the Cold War, very few members of Congress and their staff have a deep understanding of nuclear issues.

Since our initial grant in 2016 to support two fellows, we have twice expanded our grants to allow for additional fellows and to extend the fellowship to both the Senate and the House. The Nuclear Security Working Group now has eight fellows joining Democratic and Republican offices in both legislative chambers each year.

The impact of the fellowship has been substantial. The fellows are educating senators, representatives, and congressional staff on some of the most significant issues related to nuclear weapons. Because they are placed with members of Congress serving on committees that provide oversight on nuclear issues, their influence is magnified. For example, fellows helped advise members and staff as Congress authorized 2020 spending for the Department of Defense, including several key decisions related to nuclear weapons. When this initiative lauched, we hoped to start to see increasing demand for nuclear expertise on Capitol Hill, and we have. This year, interest in the fellowship from congressional offices far outweighed the capacity of the program. We also hoped to see fellows hired on as permanent staff after their fellowship ended, and this, too, has happened. To date, one in three former fellows have been hired by their office or received jobs in other areas of the United States government related to nuclear policy.

At a time of uncertainty and global nuclear threats, this fellowship is a bright spot of hope. We look forward to seeing its impact in the future.