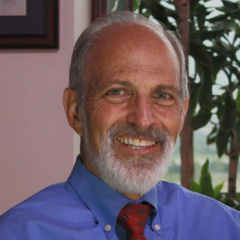 After the excitement of being selected as semi-finalists, each organization is visiting the MacArthur Foundation for a day to address initial feedback about its proposed solution, determine how to attract broader attention to its project, and think about how to further strengthen its proposal.

During the semi-finalist phase of 100&Change, MacArthur is placing special emphasis on each proposal’s quality, credibility, impact, and scale. While there is no generally accepted definition of scaling, we view it as expanding, adapting, and sustaining successful projects in a geographic space, over time, to reach a greater number of people.

We enlisted the outside firm Management Systems International (MSI) to help the semi-finalists address technical and organizational capacity challenges and demonstrate authentic engagement with affected communities, including others who work in the same space and those who stand to lose.

MSI’s approach to scaling, summarized in Scaling Up—From Vision to Large-Scale Change, helped inform the Foundation’s thinking on how to scale proposals and provides a framework for these discussions.

Based on the first round of in-person conversations with 100&Change semi-finalists, they seem open to the idea that their proposals may change in response to constructive feedback during this phase of the competition. Whether they receive funding from MacArthur or other new support, our goal is to see each of the eight semi-finalists emerge with the stronger and more compelling proposals that can make an even greater impact in the world.