Pristine Seas: How We Turned Frustration into Action for the Ocean
September 3, 2020 | Perspectives | 100&Change
Share On Social 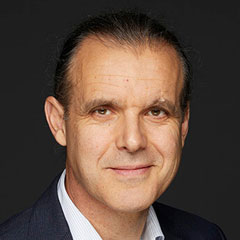 Enric Sala, Explorer-in-Residence, shares how his ambitious idea to use National Geographic’s exploration, research, and storytelling skills will help protect the ocean’s health.

More than a decade ago, I was in my office at the Scripps Institution of Oceanography in Southern California, overlooking the Pacific Ocean, wading through a sea of data we had collected on marine life of the Gulf of California. The data were depressing. Everything good—fish, biodiversity—was declining, while coastal development and other human pressures were increasing. I was writing my latest scientific publication, but it felt more like I was writing (and rewriting) an obituary for the ocean. That was frustrating, almost like the doctor who is telling a patient in excruciating detail how the person is going to die but not offering a cure.

So, in 2007 I quit my job as an academic scientist and dedicated myself to taking action. Which is why, in January 2008, I approached the National Geographic Society with a wildly ambitious idea: to use what National Geographic is known for—exploration, research, and storytelling—to help save the ocean’s last wild places before it becomes too late. The idea aligned perfectly with National Geographic’s mission. So, I moved to Washington, D.C., where the Society is headquartered, and started to assemble an extraordinary team of scientists, conservationists, filmmakers, and communication and policy experts.

Our initial goal was to explore five remote areas over five years to help protect them. The team grew organically over time. A year later we were in the field, conducting our first expedition in the unexplored Southern Line Islands in the South Pacific. Over the past 12 years, we have far surpassed the goal we set in 2008. We helped to inspire the protection of 22 marine reserves covering more than 5.8 million square kilometers—from the Arctic to Antarctica. That is an area nearly twice the size of India. A member of the Pristine Seas team swims underwater to document the ecosystem around the Antarctic peninsula.

We also started working with local leaders and communities to incorporate inhabited and remote areas. To accomplish that, we have built a core team from three continents and partnered with 122 different organizations and agencies across 23 countries and territories. Most recently, we partnered with Indigenous peoples in Chile to develop a unique assessment of the Patagonian Fjords’ biodiversity, climate resilience, and economic sustainability.

That is why we have set an even more ambitious goal for the focus of our 100&Change proposal: to double our impact to date by helping protect 40 additional places in the ocean by 2030 and, equally important, to ensure the places we have helped protect stay protected. This work will not only benefit marine life, but also people who live in coastal areas whose livelihoods and wellbeing depend on a healthy ocean.