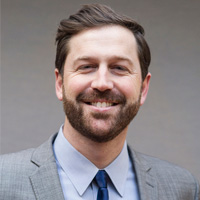 "We can return to questions and answers when we move to an area with lower radiation levels," said our guide as he waved us back onto the bus.

As the translation came through my earpiece, I was standing behind a low construction fence overlooking reactor units one to four of the Fukushima Daiichi Nuclear Power Station, the site of the most significant nuclear accident in recent memory. On March 11, 2011, the largest earthquake to hit Japan since the year 869 wrought a 45-foot tall tsunami. Together they devastated a vast portion of the country. Cooling functions at Fukushima were wiped out. Nuclear reactors exploded on live TV, causing panic and reviving nuclear nightmares. But these nightmares obscure a surprising truth about the nuclear accident: in all of the terror and tragedy it caused, forcing thousands to abandon their homes and requiring decades of painstaking work to safely decommission the reactors, a 2013 assessment by the World Health Organization concluded that there had been no deaths from radiation exposure, and the Japanese government reported only one such death. The precise radiation-induced death toll remains deeply controversial, but it is fair to say that these figures are much lower than one might assume given the shockwaves of terror the disaster induced.

The surprisingly low death toll from radiation has done little to assuage the fears of the Japanese people, and nuclear power remains deeply unpopular in the country today. Japan's dim view of nuclear power has been damaging for the climate. By cutting back on nuclear power in the wake of Fukushima, Japan has relied even more heavily than before on carbon-emitting fossil fuels. Making matters worse for the climate, Japan also continues to depend on coal-fired power plants. Japan is expanding its renewable energy portfolio, and its nuclear industry is working hard to reestablish itself, but it is unclear how successful they will be on either front. Moreover, Japan's policy to reprocess its used nuclear fuel for additional energy also provides the material to build nuclear weapons, if the country ever wanted them.

As I traveled around the country with my fellow nuclear nerds in the Santa Fe Leadership Program, I saw up close the interconnected nature of nuclear power, climate change, and international security. These forces appear to be converging and interacting with each other not only in Japan but around the globe. Experts supported by MacArthur's Nuclear Challenges program, including those at the Partnership for Global Security and the Council on Strategic Risks, warn that the confluence of these issues could become progressively more salient as the climate crisis intensifies. My time in Japan only reinforced the veracity of this warning. Protective gear on display in Fukushima

After all, global energy demand is rising dramatically. Because nuclear power provides steady, low-carbon energy, we might need to build more plants around the globe to meet this demand while sidestepping the worst impacts of climate change. But the spread of nuclear power could present unacceptable security risks by making nuclear materials, weapons, and technologies easier to attain. It could also lead to more Fukushimas.

We are deeply invested in reducing climate and nuclear risks, and we are increasingly focusing on how nuclear power could help or hinder us in achieving our goals. We have been discussing these issues internally and with our grantees and partners, and we look forward to continuing these conversations to consider how we might support more constructive dialogue and smart policies. With hard work and some good fortune, we just might make an important contribution here.