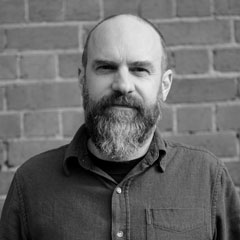 Sam Aiton, Leader Writer and Internal Communications Editor for the World Mosquito Program explains how a bacterium discovered in 1924 is the key to stopping insects from transmitting dangerous viruses between people.

Dengue is the world’s most rapidly spreading tropical disease.

It is transmitted between people by the ubiquitous Aedes aegypti mosquito, most prevalent in some of the world’s most disadvantaged countries. The impact on communities is huge. As many as 400 million people are infected every year. Livelihoods are lost. Whole families can be hospitalized.  Potentially 40 percent of the world’s population is at risk this year of getting dengue.

Unfortunately, none of the existing approaches to control dengue are stopping the disease’s expansion. In fact, cases have risen 30-fold in the last 50 years.  Over the past 20 years, the World Mosquito Program (WMP, formerly Eliminate Dengue) has been working to promote a new solution to this very old problem.

A crucial piece might be in a bacterium discovered almost a century ago. It is called Wolbachia and it lives symbiotically in about 60 percent of all insect species. More recently, we found that it also possesses the incredible gift of stopping insects from transmitting dangerous viruses between people. WMP Director Scott O’Neill has something of an obsession with the naturally occurring bacterium. Since the 1980s, Professor O’Neill has been studying the micro-organism—its tendency to adapt and spread through insect populations, the beauty of its self-sustaining through generations of insects, and that precious ability to effectively block the transmission of viruses.

He knew that if he could find a way to infect the Aedes aegypti with Wolbachia, then the bacteria’s capacity to pass from one generation of mosquito to the next meant it had the potential to infect entire populations of the insect indefinitely.

That generational passage could have enormous implications in stopping the spread of dengue.
It is, obviously, a bold idea that has the potential to prevent the spread of a number of mosquito-borne diseases, including Zika, yellow fever, and chikungunya.

The first challenge in our work was to inject the bacteria into the live egg of the Aedes aegypti mosquito. Once that was achieved, we conducted pilot releases in communities in Australia to show proof of concept. The next challenge was to find a way to ramp up the scale of Wolbachia-carrying mosquito releases to cover densely populated urban areas in places like Indonesia, Brazil, and Colombia. Results from ongoing projects show we are well on track to achieving these goals.

The program is a collaboration between industry professionals. It requires teams of entomologists, public health experts, community engagement specialists, engineers, data analysts, IT developers, training designers, and others all working together.

What began with a few scientists and their graduate students beavering tirelessly in a lab has grown into a global health intervention operating in twelve countries, employing the best expertise from all over the world.

Yet, the World Mosquito Program remains in its early stages.

We have ambitious goals. We intend to reach 75-100 million people over the next five years and 500 million globally by 2030.

We have proven the efficacy of our method. Now we are shifting our focus toward sharing our unique, life-saving technology with communities at risk all over the world.