The United States formalized its exit from the Paris Agreement under the United Nations Framework Convention on Climate Change on November 4, 2019. The exit will become effective the day after the 2020 Presidential election. Along with the trade war between the United States and China and other destabilizing political events in Europe and Brazil, the foundation for driving urgent and ambitious action to limit the impact of the global climate crisis is eluding us.

Not that we have not made progress. The current level of global ambition to tackle the climate crisis puts us on a 3 degree Celsius trajectory, which is significantly better than the 5 degree increase in global average temperatures the world was facing prior to Paris. But it is not good enough. We need to get well below 2 degrees to avert the catastrophic impacts of a warming world.

While the United States can easily rejoin the Paris Agreement under an administration that is more sympathetic to solving the climate crisis, trade issues involving China are difficult and may not be easily resolved, even under a new administration. The overall relationship at the federal level may be awkward, at best, for the foreseeable future. And this is at a time when decisive action on the climate crisis cannot wait, and the next decade is all we have left to avoid irreversible damage to our planet.

China’s growth model in the coming decade arguably will be one of the most critical factors defining the future of global climate.

China’s growth model in the coming decade arguably will be one of the most critical factors defining the future of global climate. In this case, there is a compelling need for long-term philanthropic support to delink carbon pollution from economic growth. China’s economic reform agenda and the lower GDP growth rates of the “new normal” open timely opportunities to increase investment in a green growth transition. With a Trump Administration that continues to slow U.S. progress, it is more important than ever to help China realize the economic benefits of a clean energy path and accelerate toward it, beginning with the nation-wide emissions trading system that China is in the process of rolling out.

As MacArthur President, John Palfrey, recently stated at an event in China,

It’s difficult for an American to be talking about global leadership on climate change at this moment in time. But the current political situation does not absolve us of our responsibility to act.

So, as [America’s] national government is stepping away from climate leadership, MacArthur is leaning in. We understand and accept our responsibilities.

For example, we believe that carbon pricing is absolutely essential to lower greenhouse gas emissions and encourage innovation. […]

In the absence of climate leadership from President Trump, we’re working with other levels of [American] government. National governments set direction and negotiate, but it’s often state and local governments where the real work happens. At that level, all across the country, there is an appetite for clean energy and a recognition of the need for climate solutions.

At MacArthur, we have a long history of using philanthropic investment to incentivize innovation and to find new approaches to seemingly intractable problems. We have spent the last five years supporting climate solutions in the United States, India, and now in China that make a real difference in reducing emissions, encouraging new institutions to take climate action, and filling gaps in the field—from knowledge creation to physical implementation.

Cooperation on climate change, clean energy, and environmental protection has been an anchor of the U.S.-China relationship for a long time, and China and California continue to lead the way. Very real progress is being made in both countries despite political setbacks. But the current economic conflict has created distrust and a breakdown in bilateral exchange. To mitigate this situation, we will be seeding new efforts to help China tell its climate story and share what it is doing to address climate change. This includes combatting false narratives in the United States and Europe, as well as giving inspiration to developing nations. As we approach 2020, MacArthur embarks on a new initiative with key partners in China and targeted media markets to share instructive stories about how China is grappling with climate change. 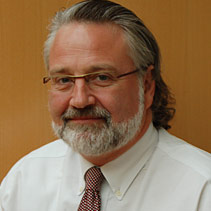 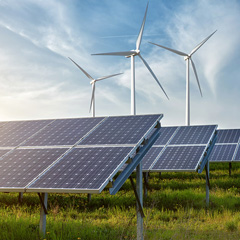