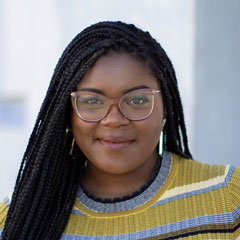 Community Solutions, 100&Change awardee, accelerated an end to homelessness in communities across the United States and Canada and built support for the movement to solve homelessness.

We wanted to share some of the moments that inspired us in 2021.

Bakersfield/Kern County became the fifth community in the country to be certified for reaching functional zero for chronic homelessness—and the first in California to achieve this milestone.

Built for Zero worked to equip the homeless sector with racial equity tools.

In 2021, Built for Zero communities continued to work toward addressing racial disparities in their homeless response systems. One way they are doing this is by implementing a framework to help assess the racial equity of their systems. This framework is just one tool in the movement toward racial equity, driven by a growing coalition of organizations within the sector.

The National Racial Equity Working Group released a video on racism and homelessness.

The National Racial Equity Working Group is made up of more than 30 national organizations (including Community Solutions) that are committed to centering racial equity in the response to homelessness across the United States. They released a video that addresses the importance of racial equity in homeless response systems. 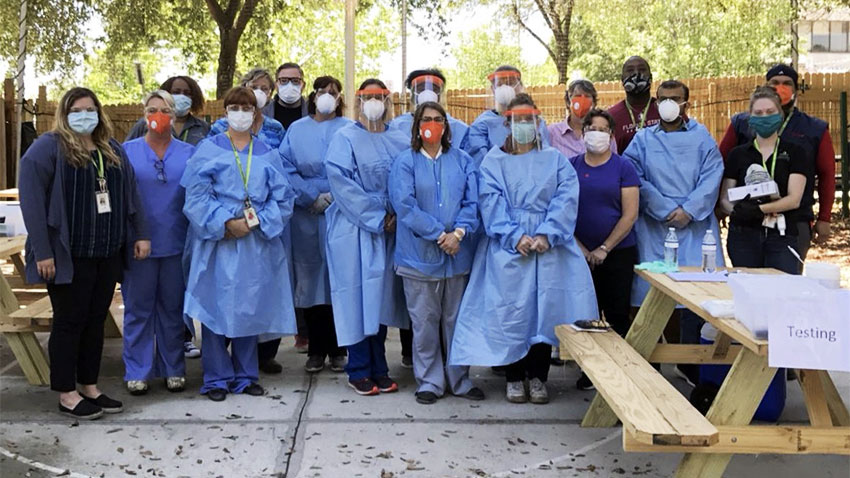 We recognized the 31 communities that reduced homelessness throughout the first year of the pandemic. 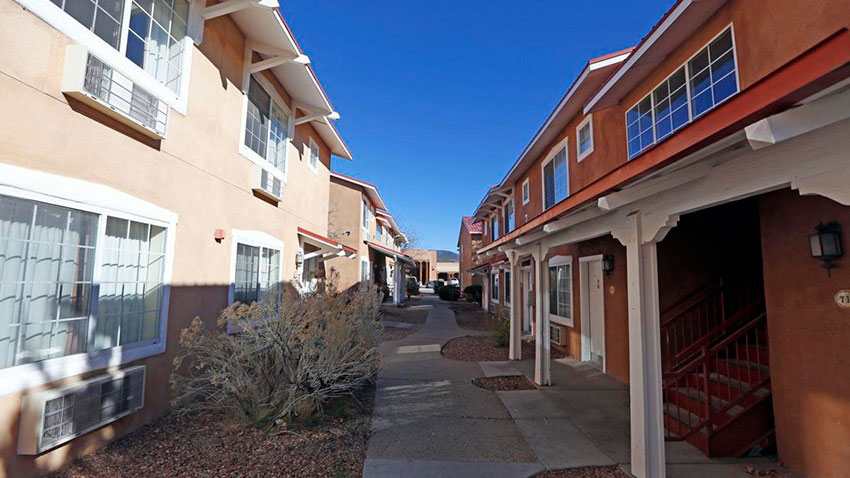 This project has the potential to serve as a new model for more affordable housing for other communities across the country.

The city of Santa Fe and Community Solutions purchased the Santa Fe Suites hotel and converted it into a mix of affordably priced rental units for people exiting homelessness. The project knitted together social impact investment and funding from the city, which contributed $2 million in CARES Act funds. This project has the potential to serve as a new model for more affordable housing for other communities across the country. 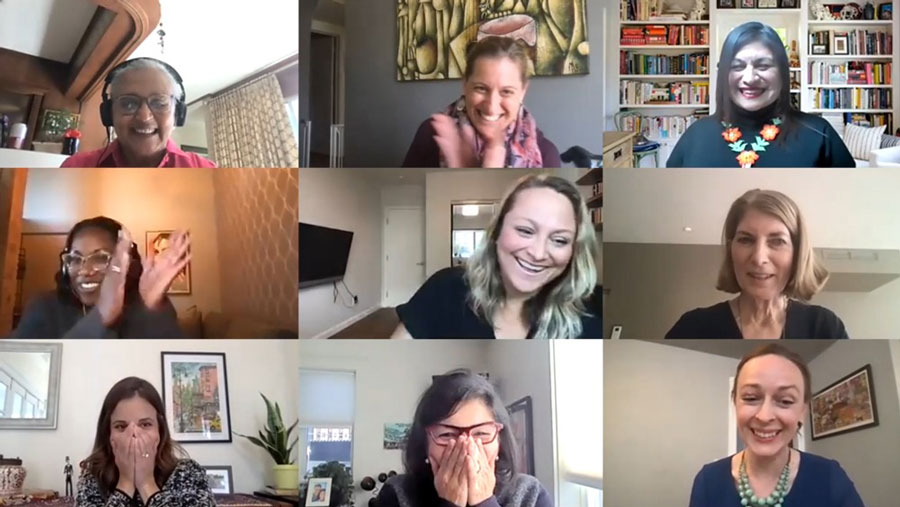 MacArthur awarded a grant of $100 million over five years to Community Solutions to accelerate an end to homelessness through Built for Zero. Community Solutions was selected out of 775 applicants, which included these organizations as finalists: the Clinton Health Access Initiative & Murdoch Children’s Research Institute, National Geographic Pristine Seas, Project ECHO, Report for America, and the World Mosquito Program.

Built for Zero community of Rockford, Illinois, was featured in new book. 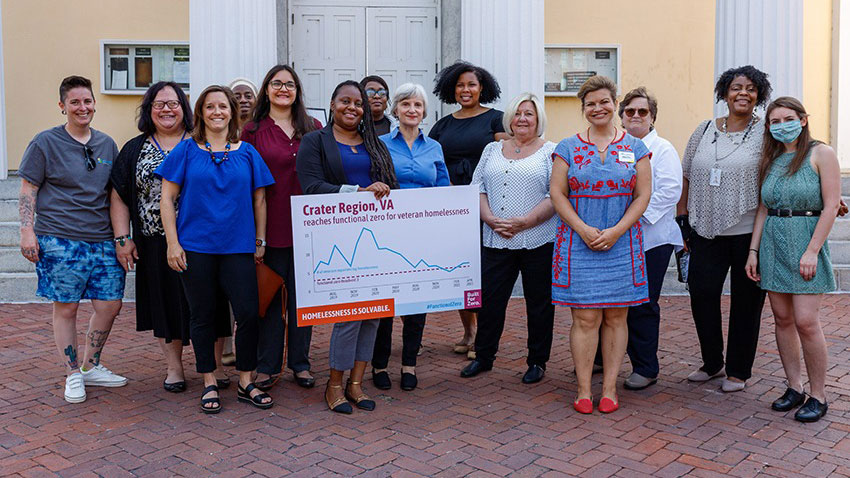 The Crater Region of Virginia came together to reach a functional end to veteran homelessness—and now it is working to sustain it. Amid the challenges of the pandemic, the team powered through to functional zero thanks to a powerfully supportive network dedicated to ending homelessness in the region.

In June 2021, the Canadian community of Medicine Hat announced that they had reached a significant milestone. The city, located in the province of Alberta, became the first in Canada to functionally end chronic homelessness. Medicine Hat is part of Built for Zero Canada.

Wayfair began a long-term partnership with Community Solutions, which included committing an initial $1 million to support the Built for Zero movement.

July 22, 2021 marked the 10-year anniversary of Community Solutions. It has grown over the past decade to support a movement of more than 90 cities and counties committed to measurably and equitably ending homelessness. Fourteen of these communities have already solved homelessness for a population.

An Urban Institute study examined the community-wide impacts of four Built for Zero communities that have reached functional zero.

Research found that achieving functional zero for a population yields benefits across the entire community.

The Urban Institute published research that examined the community-level impacts of ending homelessness for a population. The research found that achieving functional zero for a population yields benefits across the entire community, including individuals both within and outside the target population, the homelessness response system, other systems (like health care, criminal legal, and emergency systems), and the broader community.

Since 2019, the community of 1.11 million has reduced veteran homelessness by 20 percent. They did this by having system-wide, real-time data improving their case conferencing practice, and taking advantage of the various resources made available due to COVID-19 to accelerate their efforts to house as many people as possible. They are also working to develop a racially equitable homeless response system.

We launched a campaign designed to spread the news that #HomelessnessIsSolvable.

The stories of communities solving homelessness can inspire learning and seed new expectations to make homelessness rare and brief everywhere.

Homelessness is a reflection of failing systems, racism, and how our society continues to fail our most marginalized neighbors. In October 2021, we launched Homelessness Is Solvable, a campaign dedicated to lifting up accomplishments, learning, and voices from the movement to end homelessness. We believe that the stories of communities solving homelessness can inspire learning and seed new expectations to make homelessness rare and brief everywhere.

This year’s Fall Learning Session included more than 500 attendees from across the country, which included eight communities new to the Built for Zero movement:

Six new communities achieved a quality by-name list, and seven communities achieved shifts in the past six months. Marcia L. Fudge, Secretary of the U.S. Department of Housing and Urban Development, joined the Learning Session and recognized the efforts of Built for Zero community leaders and members in the face of COVID-19.

Since January 2018, Detroit has made a 44 percent reduction in veteran homelessness. Because of this progress, Detroit was awarded Rocket Mortgage’s Lighting the Way award and was featured in a moving video by Courageous, the brand studio of CNN.

Homeless response systems and health systems have come together to accelerate reductions in chronic homelessness in five communities.

This article was originally published on the Community Solutions website.