An Ambitious Vision to Take on News Deserts: How Report for America Is Meeting the Moment
August 27, 2020 | Perspectives | 100&Change
Share On Social 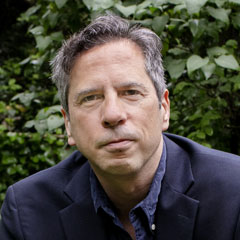 Steven Waldman
President and Co-Founder of Report for America

Steven Waldman, President and Co-Founder of Report for America, shares the organization’s plan to build a new model for community-led journalism.

When Report for America first put forth the goal of fielding 1,000 reporters across the country by 2024, it seemed, well, rather ambitious. We needed to sit down whenever we said it out loud, in case our knees buckled.

That was three years ago, when we launched Report For America as an initiative of The GroundTruth Project an independent nonprofit news organization working to restore journalism in under-covered areas across the globe. When it came time to apply for MacArthur’s 100&Change, we wondered if we had been bold enough. Why? First, we learned that local news was collapsing more rapidly than we feared. Some 1,800 communities had become news deserts sorely lacking local coverage, and far too many more have “ghost newspapers” that produce few pieces about the local community, according to Penny Abernathy, a journalism researcher and author at University of North Carolina. In one study of 100 local newspapers, only 17 percent of stories were about the local community.

The 100&Change process encouraged us to think big. So, we increased our proposal to 1,500 local reporters and added a goal: every county in America should have at least one accountability reporter.

Then COVID-19 hit. The pandemic demonstrated the need for accurate, trusted local news—now a matter of life and death—and accelerated the demise of the industry.

Weeks later, millions took to the streets in response to the death of George Floyd, protesting hundreds of years of systemic racial injustice. Among other things, it reminded us of what the Kerner Commission report on civil disorder noted more than 50 years ago: newsrooms must reflect the communities they serve to help us understand one another and create change.

Local news faces an existential crisis. Thousands of communities do not have the information they need to govern themselves, hold public officials accountable or solve problems. This is not just about journalism; it is about health care, the environment, education, justice, and every other issue a community needs to address.

Report for America is building a new model for community-led journalism. We ask local partners what issues are most under-covered and fill the gaps by placing reporters in their newsrooms. We pay half the salary and coach newsrooms to raise the other half locally. Like the Peace Corps or AmeriCorps, we seek journalists with both tremendous talent and tremendous heart—people who view local news as a public service profession.

Our model is highly scalable. By collaborating with a network of 163 newsrooms and working with them to raise money from their communities, each dollar goes a long way. And, our commitment that newsrooms should represent the communities they serve makes us hyper-focused on supporting diverse talent. The result: 42 percent of our corps are journalists of color, compared to 22 percent in the average newsroom. Our 100&Change proposal is an opportunity that enables Report for America to strengthen communities—and democracy—through local journalism that is fearless, smart, fair, and truthful.

We are inspired to expand that vital work.