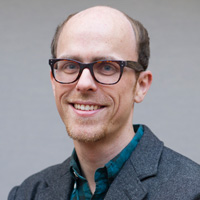 Eric Sears, Associate Director of Technology in the Public Interest, discusses the need for affirmative visions of technology, rooted in equity and justice, as technology reshapes how we live and engage with communities.

Last year the Technology in the Public Interest (TPI) program launched a new strategy that is informed by a range of stakeholders working at the intersection of technology and society. Among the most salient themes to emerge was the opportunity and need for philanthropy to support efforts aimed at advancing affirmative visions for technology that are rooted in equity, justice, and democratic considerations. This is an area where TPI will deepen investment as we implement the strategy.

Significant advances in technology over the last two decades have fundamentally reshaped how we communicate, do business, engage in civic life, and more. While this has resulted in a range of benefits, dominant technology platforms and computational systems are also introducing new threats to democracy and harms to individuals, especially among historically marginalized people.

We cannot depend on technology companies to act in the public interest when they are driven by profit and primarily answer to their investors and shareholders.

Concurrently, a small number of technology companies have amassed enormous wealth and power as our digital dependencies have grown. Without a public interest counterbalance, they will continue to play an outsized role for the foreseeable future in shaping the way society experiences technology. We cannot depend on technology companies to act in the public interest when they are driven by profit and primarily answer to their investors and shareholders.

Through TPI and beyond, MacArthur has a history of supporting researchers, advocates, journalists, and others focused on examining the social impacts of technology and advancing democratic oversight and accountability in the way technology is developed, deployed, and used. A growing ecosystem of professionals are undertaking this work, which is essential for philanthropy to support. Yet this approach alone will not necessarily build alternative pathways for technology to evolve in a direction that embodies public interest considerations.

Over the last several years, there has been progress in efforts to expose bias in algorithmic decision-making systems and to begin to mitigate this challenge through educational, technical, regulatory, and policy means. Such efforts are important and must accelerate as we see different types of artificial intelligence (AI)-related systems being woven deeper into society, including high stakes areas such as healthcare, finance, education, housing, and the criminal legal system, where histories of structural racism and inequality loom large. However, regulation and accountability strategies primarily act to delimit what can and cannot be done with these technologies. They do not imagine fundamentally new approaches in designing and using AI-related systems that reflect public interest values.

In a second example, there has been significant focus over the last few years on critically examining the harms occurring on social media platforms. While there is more work to be done, we now have a sharper analysis of the challenges, with regulators and policymakers beginning to act in a range of ways. Advancing new regulations and policies aimed at reducing platform harms is important, but it does not offer a vision for a future where platforms are designed in ways that advance the public interest.

We need work that both addresses the social impacts of technology and advances affirmative visions of technology rooted in public interest considerations.

Ultimately, we need work that both addresses the social impacts of technology and advances affirmative visions of technology rooted in public interest considerations. For its part, TPI is early in its exploration of those visions. Fortunately, we are not starting from scratch. There are individuals and organizations that are pioneering this space, including MacArthur grantees such as Distributed AI Research Institute and People’s Tech Project, who we are learning from. We will also collaborate with and learn from likeminded funders through the NetGain Partnership and beyond.

As we explore ways to support our grantee partners and others doing this important work, we will be guided by TPI’s grantmaking approach. We will prioritize efforts where we think private philanthropy must lead because other stakeholders cannot or will not because it is not in their interest. We will also prioritize work that centers the expertise and perspectives of historically marginalized people and communities. The TPI team invites you to share your ideas and looks forward to learning from you as we continue to advance our thinking in this area.