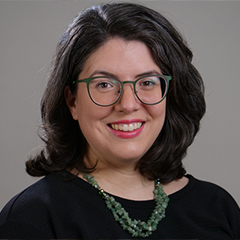 Lauren Pabst, Senior Program Officer, Journalism & Media, discusses support for people of color leading a documentary film movement by and for their communities.

Today, mass audiences consume nonfiction media from a digital firehose: much of it about stars, scammers, “true crimes,” people in possession of wild animals. Millions of people create their own content minutes or even seconds at a time on ephemeral platforms, providing commentary or comedy, eye witnessing or inciting, applying makeup or sociological theories, sometimes both.

Amid all of this, there exist documentary films that carefully and lovingly tell stories of individuals, families, communities; people whose experiences are often stereotyped, dismissed or misunderstood. Carefully, because they prize accuracy not just of fact but of feeling, they enact a deep and continual duty of care to those who appear onscreen. Lovingly, because they are intended for audiences from the same communities of the people that they feature–not setting out to preach or prove something to a default monocultural gaze. Instead, they tell deeply human stories that individuals and communities will innately recognize, that fortify and affirm them, and help them make sense of the challenges they face.

Documentary films can also galvanize communities by reclaiming forgotten or hidden histories. The form is at its most powerful when it not only makes us see but also feel seen.

Documentary films can also galvanize communities by reclaiming forgotten or hidden histories, retelling seminal events from critical but ignored perspectives. The form is at its most powerful when it not only makes us see but also feel seen.

I have had the honor of working for the MacArthur Foundation, one of the nation’s largest funders of independent documentary film, for a decade. From this perch of privilege, I have felt the winds of change blow strong. With the rise of the streaming era of documentary film, a craft that had been the domain of public television and art house theaters has become a ubiquitous billion-dollar business. Today, the films that lead with care and love are not usually the ones that capture the bulk of money and attention, even though they arguably deserve it. Despite this, they still come from a place of power: they are the latest in a decades-long movement led by Black, Indigenous, Latinx, Asian, Pacific Islander, and Arab filmmakers.

In 2020, Sahar Driver, PhD authored Beyond Inclusion: The Critical Role of People of Color in the U.S. Documentary Ecosystem commissioned by the Ford Foundation Just Films. In asserting the importance of the POC-led social issue documentary tradition dating back to the 1960s, Dr. Driver asks:

What a loss it would be if America had never experienced Eyes on the Prize (1987), a landmark series documenting the history of the civil rights movement in America, or Stanley Nelson’s The Black Panthers: Vanguard of the Revolution (2015), Who Killed Vincent Chin? (1987) by Renee Tajima Pena and Christine Choy, or The Devil Never Sleeps (1994) by Lourdes Portillo? Films like these are illuminating and help people to understand the world anew, where society has been, and where society is headed. Some even become the centerpiece of movements.

Generations of filmmakers have been supported by an ecosystem of people of color-led and -serving organizations. Beyond Inclusion maps this vibrant but drastically underfunded group of 90 such organizations. It concludes that "a generational investment in POC infrastructure is necessary at this moment–to both shore up legacy organizations who have done slow and steady (often under-the-radar) work for decades, as well as the dynamic new organizations and networks that have emerged in the last ten years."

This call is answered by the Color Congress, an organization that launched in January 2022, to infuse much-needed new funding, as well as foster connection and collaboration for this ecosystem of people of color-led and -serving documentary organizations. It is a funding intermediary that provides a unique intervention: by strengthening this ecosystem of organizations in multifaceted ways, generations of documentary storytellers of color will have access to greater financial and creative support, find new audiences, and have cultural impact.

The Color Congress is an opportunity of the likes I have not seen in ten years: to begin to shift the center of gravity of documentary filmmaking towards POC leadership, which has long been a moral and ethical center of an art form born from the colonial gaze. For funders, it is a chance to recognize the value of giving up decision-making power to a more collective body, which benefits from the insight and wisdom of people working in and leading the field. Crucially, the Color Congress itself leads with care and love in the way it is implementing its work, from participatory grantmaking to approaching convenings with a goal of healing.

Nothing less than stories and actions that lead with care and love can break through and make a change.

This year marks the one hundredth anniversary of one of the first films to claim to be documentary, Nanook of the North by Robert J. Flaherty. While celebrated as raw, real footage of man versus nature, it was a fiction of Flaherty’s creation to display and ultimately dehumanize Inuit people as did other exhibitions of the time. In this case, of course, Flaherty’s audience was powerful and White. While much has changed about documentary practice, the general assumption of who documentary is for has arguably not changed much.

The Color Congress presents an unprecedented opportunity, not just for funders who care about the diversity and the strength of the independent documentary field, but for anyone who cares about the stories that our country tells about itself–that they are accurate, just, and inclusive. The stakes of inaccuracy, misrepresentation, and exclusion are as high as the media environment is saturated. Nothing less than stories and actions that lead with care and love can break through and make a change.

MacArthur is a supporter of this effort, and I feel the awe and excitement that my Foundation predecessors might have felt when they made the first grant to National Public Radio in 1985 or American Documentary, Inc in 1987. We hope others will join us in making a generational investment in this effort.