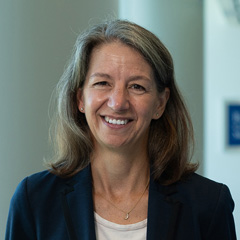 Rebecca Richards-Kortum, Ph.D., Director of Rice360, writes about what the project gained by being a 100&Change finalist in 2017 and not receiving the $100 million award.

On April 7, six teams gave their final pitch to win $100 million in MacArthur’s second 100&Change competition. And five of them learned they lost. These teams will all keep working long after the recipient being announced, but this loss cuts deep. I know, because I was part of a team that “lost” in the final round of the first 100&Change competition.

After defying seemingly impossible odds to make it to the finals and spending nearly two years working with community stakeholders to strengthen our plan, we were devastated. More importantly, we felt we had let down the babies we hoped to help by strengthening lifesaving newborn care at hospitals in Africa.

We could not have done it without our 100&Change supporters.

But, after the initial sting of loss, something amazing happened. Our team looked back to the community who followed our 100&Change journey, and we realized we had developed an impassioned group of cheerleaders in the process. We asked for their feedback to make our plan even better, and they answered.

In 2019, a year after losing 100&Change, our team launched a $68 million program to reduce newborn deaths by 50 percent in hospitals in four African countries. We could not have done it without our 100&Change supporters.

100&Change is a unique competition. The $100 million award has inspired thousands of teams to imagine transformative solutions to longstanding problems. It helped our team mobilize a global network of experts who were passionate about saving newborn lives and imagining together what it would take to end newborn deaths across Africa. Together, we developed a plan that integrates innovative technologies, education, market development, and implementation strategies into a strong approach to saving newborn lives—the framework that would become NEST360°. 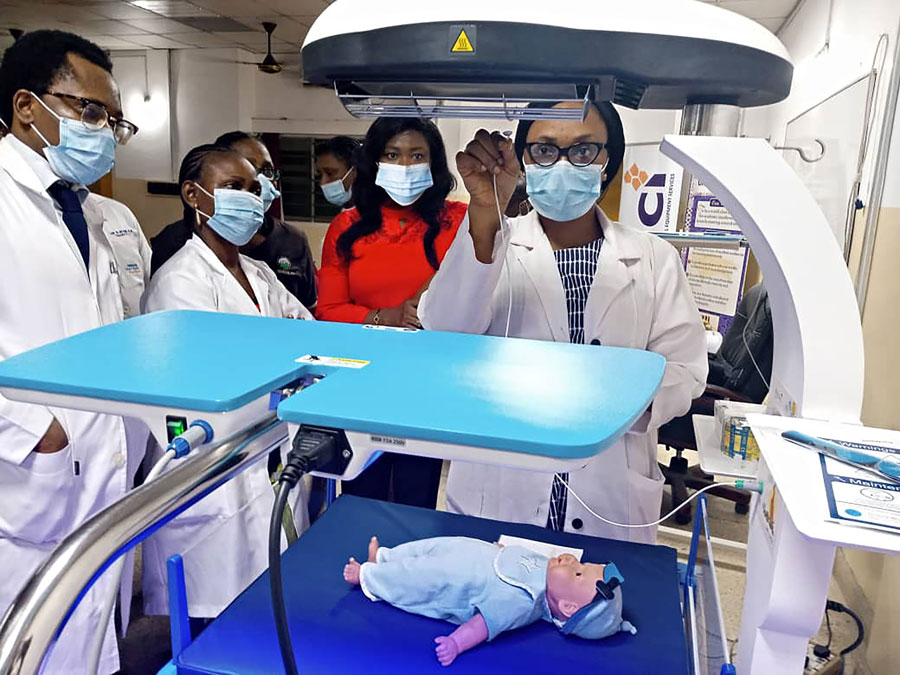 100&Change helped us reach a wide audience and build shared concern about the preventable tragedy of one million newborn deaths each year in Africa, together with shared optimism for a solution in reach.

Still, it was incredibly difficult to learn that we did not win. In losing, we turned to our partners and cheerleaders who joined us on the 100&Change journey. They gave us feedback to make our plans even stronger and helped us look for other sources of support for the project. It took another full year of work, but we found the funding needed, not just from one foundation but from six different foundations—a direct result of trying, getting close, losing, and turning that loss into inspiration. In 2019 we launched NEST360° with the mission to end preventable newborn deaths at hospitals across Africa.

We found the funding needed, not just from one foundation but from six different foundations.

NEST360° began working to deliver a bundle of lifesaving newborn technologies and to strengthen newborn health systems, enabling countries to save newborn lives and empower the medical workforce of the future. In 2020, we were on schedule to improve newborn care at every hospital in Malawi and key hospitals in Nigeria, Kenya, and Tanzania.

Then the pandemic hit. And the anticipation of halted momentum could again be felt across our whole global team. But, prepared by the loss of 100&Change, we knew how to persevere. We defied the odds the pandemic handed us and worked with our stakeholders to improve newborn care at 36 hospitals, delivering 2,300 medical technologies, and training over 10,000 doctors, nurses, biomedical technicians, and students. Biomedical engineering students participating in our education programs rallied to help NEST achieve its goals by producing personal protective equipment to help keep healthcare workers safe while caring for newborns. On the day we lost 100&Change, we could not imagine that such a future was possible for NEST.

So, to the five worthy teams in this year’s competition that have learned that $100 million to implement your vision for a better world is now just out of reach—let the community that has formed along your journey help move you forward. Overcoming loss, and proving you have the determination to adapt to a rapidly changing global landscape, can, in the end, lead to better rewards. To paraphrase Dr. Data Santorino of CAMTech Uganda, who is one of our cherished cheerleaders: in competitions such as these, there are only two outcomes—to win and learn or to learn. Either outcome moves us forward.

This piece was originally published on the Lever for Change website.