Black Lives Matter had been working for racial justice for seven years when two events coincided in 2020, making it clear that greater support was needed to help fund the movement.

First was the COVID-19 pandemic that exposed entrenched racial disparities in healthcare, wealth, employment, and housing. Then, in May of 2020, a White Minneapolis police officer murdered George Floyd, a Black man.

Calls for meaningful action resonated across the globe.

In Chicago, an informal group of community organizing funders, known as the Neighborhood Organizing Group, responded in part by establishing the Chicago Racial Justice Pooled Fund. Its goal is to raise and distribute $10 million over four years for Black-led nonprofits or allied organizations working to address anti-Blackness through grassroots community organizing.

“Everyone was saying this would be a movement and not just a moment.”

“Everyone was saying this would be a movement and not just a moment,” said Leslie Ramyk, Executive Director of the Conant Family Foundation, a lead member of the organizing group, which also includes the Crossroads Fund, Field Foundation of Illinois, Wieboldt Foundation, and Woods Fund Chicago, among others.

The Neighborhood Organizing Group, initially a sub-committee of the Chicago Community COVID-19 Response Fund, understood that communities most affected by social policies must have a voice in shaping those policies. When the team heard from colleagues across the country that fundraising was underway to support Black-led grassroots organizations, the Chicago group strengthened its commitment to creating a program for local organizations.

‘What is the Action Going to Be?’

By June of 2020, the Neighborhood Organizing Group was meeting with community organizers, who explained that their chronically under-resourced efforts needed urgent funding to meet ongoing challenges and new complications the pandemic brought. 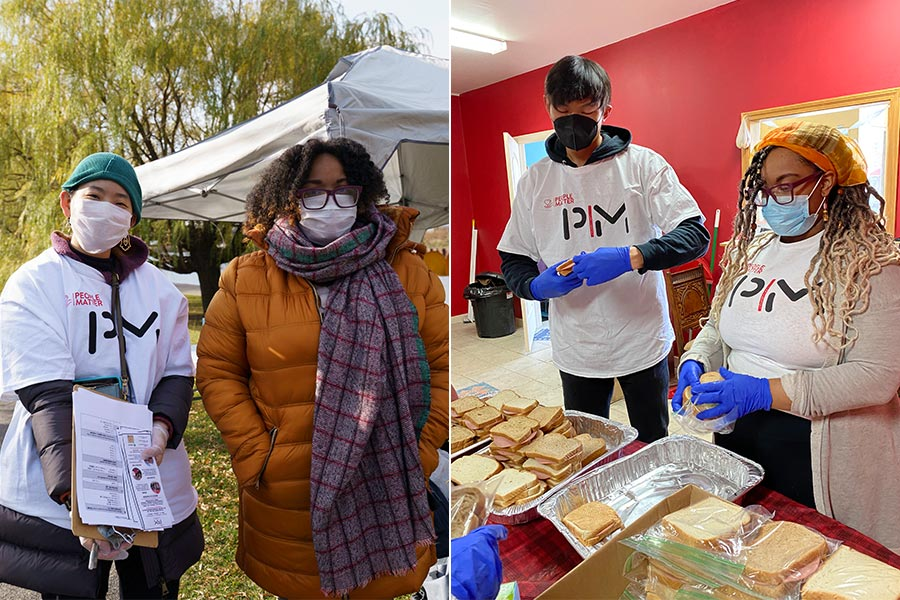 Crossroads Fund Executive Director Jane Kimondo “really pushed us in the best possible way to think seriously about the privilege and the power of our role working at foundations and that we have a responsibility to move resources,” said Ramyk. “If these are things we really care about—and we do—what is the action going to be?”

A bold vision for the Pooled Fund emerged, demonstrating the power of civic partnerships. In its first year, the 13 foundations raised more than $2.2 million for grassroots Chicago organizations building and sustaining movements for justice that support Black lives and address anti-Blackness.

An allocations committee working in collaboration with Crossroads Fund, which manages the Pooled Fund, has directed support to groups with annual budgets of less than $750,000. Nonprofits are eligible for unrestricted grants, released expeditiously, of $25,000 to $50,000.

For Moises Moreno, Director of Pilsen Alliance, the funding support has provided a sense of empowerment.

The social justice organization develops grassroots leadership and unifies Black and Latinx communities in Pilsen and neighboring working class, immigrant areas. One goal of that work is preserving and improving affordable housing in rapidly changing University Village and Pilsen.

“We know we need to put in the time and resources to break down systemic racism.”

“We know we need to put in the time and resources to break down systemic racism,” he said. “But we also took the time to plan this out, instead of responding too quickly.”

LaSaia Wade, Executive Director of Brave Space Alliance (BSA), the first Black-led, trans-led LGBTQ+ Center on the South Side of Chicago, made sure transgender and gender non-conforming people of color have a place to turn to for help, especially during the pandemic. The Pooled Fund supported BSA’s community organizing and helped it establish four food pantries serving 2,000 people a week, said Wade, recently named one of the Leaders for a New Chicago by the MacArthur and Field foundations. 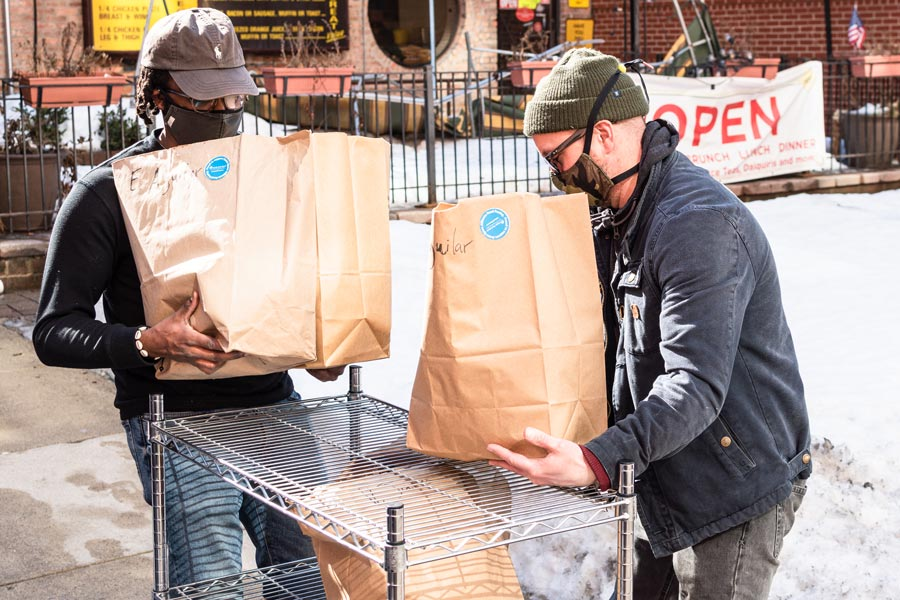 “It was important that we do not give money and say it’s particularly for this or that when we know some people’s needs are somewhere else,” Wade explained.

The two founders of People Matter, which brings together Black and Asian residents in Bronzeville, Chinatown, and nearby neighborhoods to collaborate on enhancing life in the communities, heard about the Pooled Fund early in its existence. 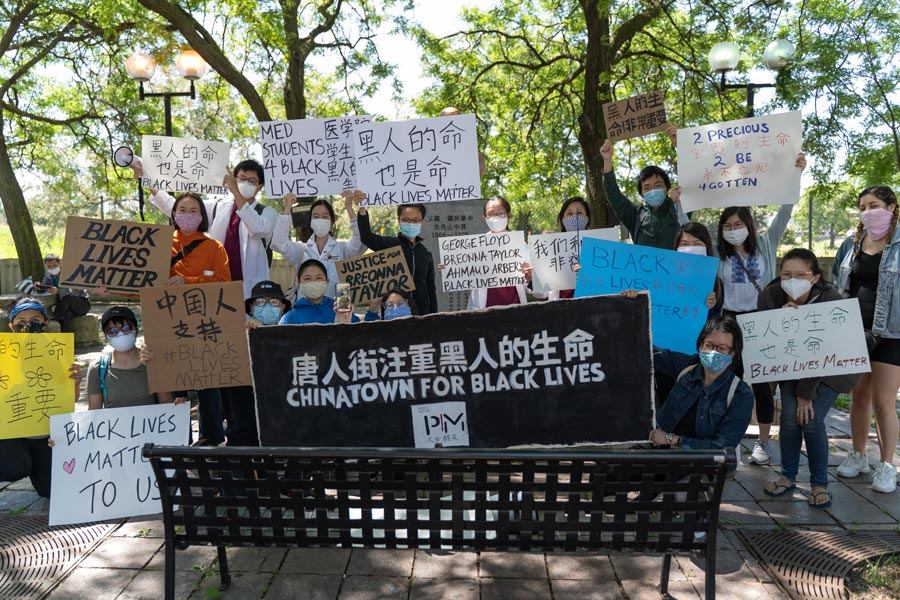 In response to increased anti-Blackness in Chicago's Chinatown neighborhood, People Matter organizes a Chinatown for Black Lives Matter march in the summer of 2020.

“It just perfectly fit what we were doing,” said Angela Lin. She and co-founder Consuela Hendricks have found that hosting conversations with a diverse group of residents builds civic engagement, collaboration, and inclusiveness. Those conversations also have nudged other nonprofits to initiate similar discussions.

People Matter used funds, in part, to continue those conversations, “which can open more doors to this whole culture shift we’re trying to have in Chinatown,” Hendricks said. “We’re making a better quality of life for both Chinese and Black residents. I think that’s something to celebrate.”

In 2020 and 2021, MacArthur supported the Crossroads Fund with $2 million in total directed toward the Chicago Racial Justice Pooled Fund to bolster community organizing that prioritizes Black leadership and/or addresses anti-Blackness using a racial, social, and economic justice lens.