A plan to improve Africa’s newborn care fell short of winning MacArthur’s first $100 million competition. Then plan leaders took their show back on the road.

Rebecca Richards-Kortum was on the phone the day after she learned that her team lost out on the $100 million they had pursued to solve a problem they had worked on for more than a decade.

Their initiative, Newborn Essential Solutions & Technologies, or NEST360, aims to reduce newborn deaths in African hospitals by 50 percent by 2030. NEST was one of four finalists for the first 100&Change competition, a MacArthur Foundation initiative that invites proposals from around the world to solve critical societal problems and then provides $100 million to one proposal. 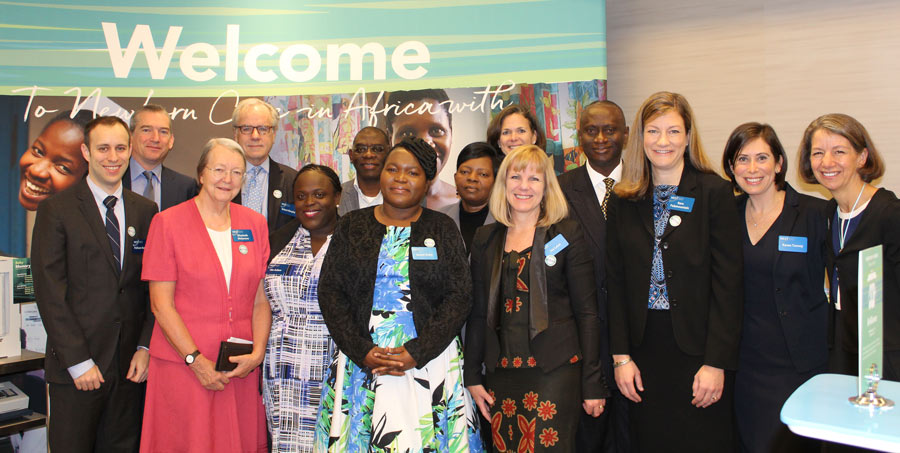 That year, the $100 million went to Sesame Workshop and International Rescue Committee for a five-year program to educate young children displaced by conflict and persecution in the Middle East.

On that December day of her phone call, Richards-Kortum was glum while speaking with her co-leader, Joy Lawn, who posed the question, “What next?” Then Lawn answered the question herself: NEST360 leaders needed to “get the show back on the road” and revisit all the other donors supporting the project.

“I wasn’t quite ready to hear that,” Richards-Kortum said, chuckling. “It’s hard to go through such a public—I hate to use the word failure, but let’s be honest.”

Getting the Show Back on the Road

NEST360 did take the show back on the road. What has happened in the five years since is a powerful example of resilience converting perceived failure into astonishing success.

The most wonderful thing about 100&Change is that it allowed our team to think at a level that we had never thought at before, and you can’t solve this problem without thinking at that level.

“The 100&Change experience was weird and wonderful and incredible,” Richards-Kortum said. “But the most wonderful thing about 100&Change is that it allowed our team to think at a level that we had never thought at before, and you can’t solve this problem without thinking at that level.”

As a finalist, NEST did receive a $15 million award from MacArthur. That support and NEST’s reconnection with funders was crucial to the newborn health collaborative obtaining matching $15 million grants from Elma Philanthropies, Children’s Investment Fund Foundation, Bill & Melinda Gates Foundation, and smaller foundations and individuals.

The result was more than $68 million of support for NEST, which today works in 65 hospitals that manage over 80,000 newborn admissions in four sub-Saharan countries. NEST also has coordinated training for almost 15,000 medical professionals in the use of the organization’s bundle of rugged devices vital to treating sick and small newborns.

“We’re so fortunate to have the backing of several foundations,” Richards-Kortum said. “They have very big networks and have been extremely willing to tap into those networks to provide help to NEST whenever it’s been needed.”

Beyond substantial funding, that support manifested itself in a global network of clinical, technical, and public health experts from 16 leading institutions, governments, and organizations that helped develop a comprehensive, sustainable plan, Richards-Kortum added.

The bundle of vital devices at the center of NEST’s approach is equipment that provides newborn respiratory therapy, warmth, effective phototherapy, and basic diagnostics. It includes CPAP, oxygen concentrators, suction pumps, radiant warmers, lights, glucometers, and pulse oximeters. All are evaluated for their suitability to use with newborns in low- and middle-income settings.

Focused on sustainability, NEST also is strengthening local educational systems to build capacity of clinicians, technicians, and biomedical students to use the equipment, maintain it, work in the field, and create innovations in the system. In addition, the organization is driving investment and evidence-based policy in newborn survival, an acute issue in Africa, where 1.1 million babies die each year, even though an estimated 75 percent are preventable. 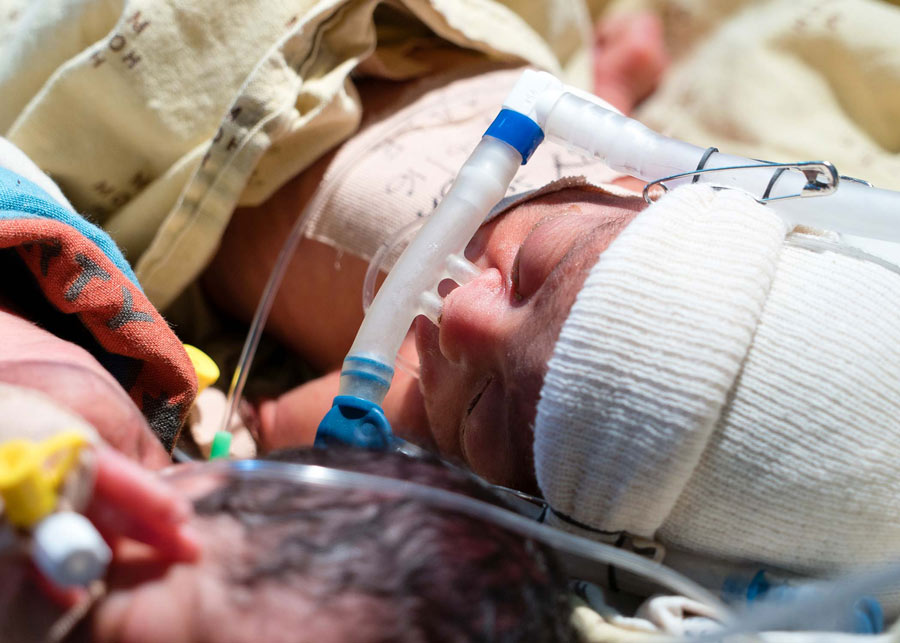 Starting with four countries in sub-Saharan Africa, NEST360 works to reduce newborn deaths in Africa by 50 percent in a decade.

Optimism is particularly strong in Nigeria, one of the countries where NEST works. At about 217 million people, it is Africa’s most populous, most diverse nation. Nigeria also records one of the highest rates of infant mortality in Africa and the world—72 of every 1,000 live births, according to UNICEF.

NEST’s arrival in 2019 had an almost immediate impact, said Chinyere Ezeaka, Professor of Paediatrics at the College of Medicine, University of Lagos-Nigeria, and one of the country’s newborn health champions. She is NEST360’s Country Lead in Nigeria.

“The roadmap initially was not streamlined in terms of implementation,” Ezeaka added. “NEST coming to Nigeria provided this platform, and it’s collaborating with other stakeholders at the national and sub-national levels to fill the gaps that impede the widespread adoption of quality comprehensive care for small and sick newborn care.”

NEST drove the creation of Nigeria’s first National Guidelines for Comprehensive Newborn Care and a training manual that integrates NEST’s key devices in providing quality care in specialized healthcare facilities throughout the country. In a substantial boost to NEST, Nigeria’s Federal Ministry of Health has become a key driver and holds up NEST360 as a model.

“To come with so much—health facility assessments, quality improvement, neonatal data tools, and a full implementation package in facilities—while working with the Federal Ministry of Health,” Chinyere said, “That was a key achievement for us.”

With the Federal Ministry of Health’s coordination, NEST collaborates with other partners, including the World Health Organization, UNICEF, United States Agency for International Development, and relevant professional associations, on several newborn health initiatives.

“We all say NEST is not a project,” Ezeaka said. “It is a country-owned, country-led program. That’s a worthy goal because with a project, everything collapses when the project group steps aside. But as a national program that is domiciled within the government system, it is self-sustaining, and the sustainability is much enhanced.”

Richards-Kortum said she has learned an enormous amount from Ezeaka and other partners in Nigeria and other countries where NEST is working. 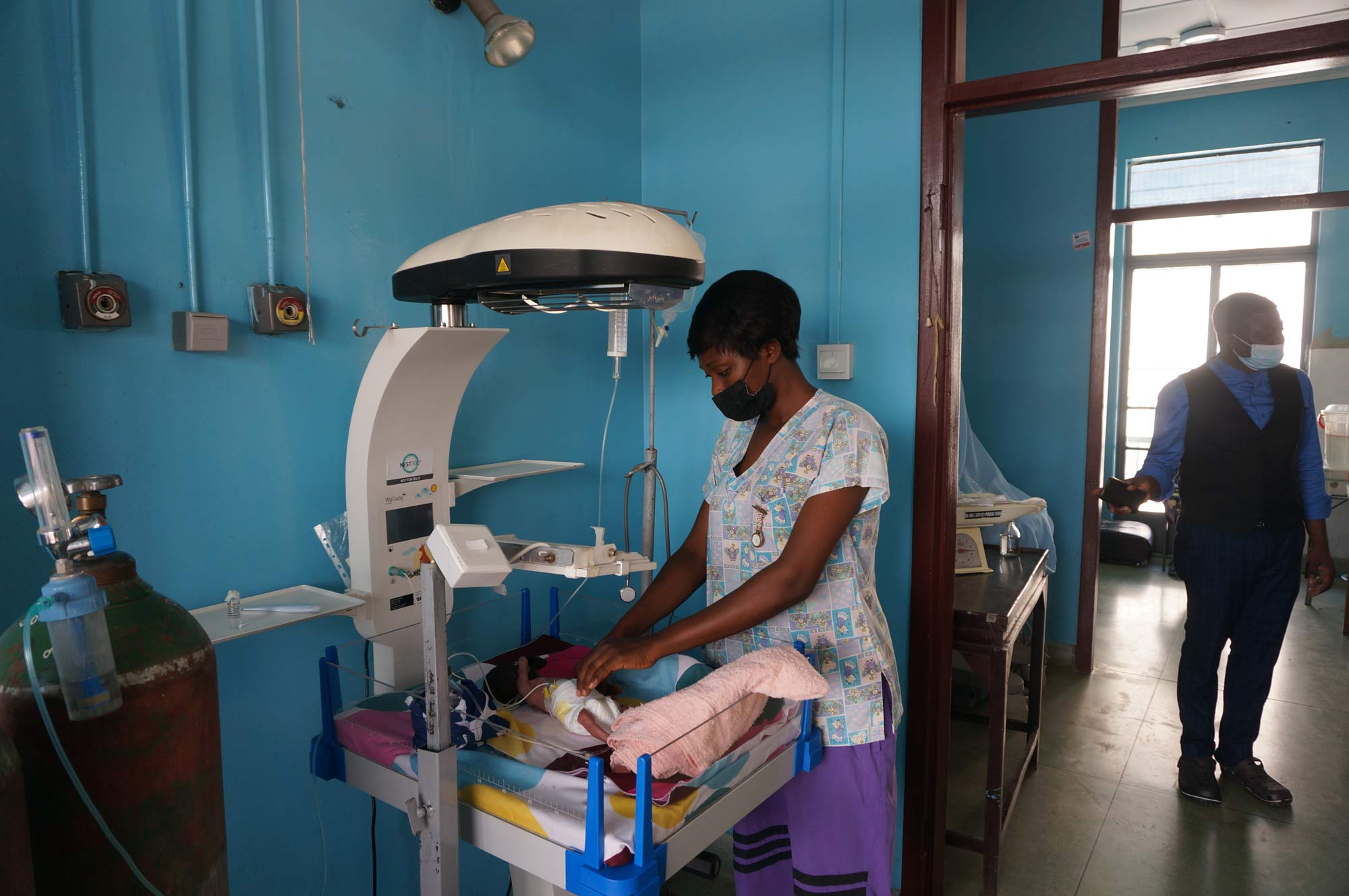 “It’s been wonderful to see how she brings together the right coalition of people and gets everybody in the room to come together in pursuit of a common purpose,” Richards-Kortum said.

Everything we’re doing is being done through the lens of sustainability. Great care for newborns will be here, but NEST won’t be.

In the short time it has been in Nigeria, NEST has established programs in seven hospitals, including clinical and technical skills laboratories. Other efforts include neonatal nursing diploma programs, established in March 2022, at six pilot sites working with the national neonatology association.

NEST also is collaborating with the University of Lagos and the University of Ibadan to establish biomedical engineering design studios that nurture the pool of next-generation inventors. And NEST is pursuing partnerships with potential funders to expand the program to other sites.

The long-term goal, Richards-Kortum said, is NEST’s extinction in Africa, an objective that may be reached by 2030.

“When we think about the future of NEST, we’re aiming for the NEST logo going away,” she said. “Everything we’re doing is being done through the lens of sustainability. Great care for newborns will be here, but NEST won’t be.”

In addition to Nigeria, NEST is working in Kenya, where it has established programs in 13 hospitals. Tanzania has brought NEST to seven hospitals. And in Malawi, 38 hospitals are using NEST’s approach.

The network of 65 hospitals is bigger than NEST’s original plan to be in 51 hospitals by the end of its first phase in 2023. NEST also has over-delivered on essential equipment uptime—hours of operability—to nearly 98 percent. Original equipment uptime estimates were slightly more than 85 percent.

That “over-delivery” is a source of pride on her team, Richards-Kortum said, an achievement they were able to reach despite the significant challenges of obtaining and managing substantial grants, coordinating a team across four African countries, the UK, and the U.S.—all during a global pandemic.

If you and your team keep your focus on solving the problem that you’re passionate about, you can take what you learn from those competitions and turn it into a better solution.

The reason the team navigated so well amid the adversity of the pandemic, she said, was that NEST had learned perseverance in its response to missing out on the 100&Change award.

“I so deeply respect and admire the people on this team,” Richards-Kortum said. “It has been so much fun to work with them despite all the challenges that we’ve endured together. It’s been an amazing opportunity.”

The group learned other valuable lessons, she said, including that many problems of this scale are systemic. Teams need to take a multi-disciplinary approach and address all elements of the issue, she said. That calls for substantial funding.

“I was surprised really by our ability to pull off a systems-based approach,” Richards-Kortum said. “I’m blown away by the difference that approach can make.

“And I think I would say to people going through these competitions that, of course, most don’t win,” she added. “But if you and your team keep your focus on solving the problem that you’re passionate about, you can take what you learn from those competitions and turn it into a better solution.”

This story originally appeared on the Lever for Change blog.