In 2017, HarvestPlus team members initially shed tears over missing their shot at $100 million to solve ‘hidden hunger’ in Africa. Five years later, the organization is becoming a global force in addressing malnutrition.

HarvestPlus, the global program providing nutrient-enriched food crops to people suffering from malnourishment, has a specific, comprehensive breakdown of its impact in Africa since the organization participated in the first 100&Change competition five years ago.

It is a spreadsheet filled with numbers, including:

“You put all that in the context of the COVID pandemic,” HarvestPlus Chief Executive Officer Arun Baral said, “and it shows the resiliency of our approach. That is huge. We’re really pleased that the growth curve is happening and going to continue happening in other places as well.”

To appreciate how significant those results are, it is important to remember where the journey started. HarvestPlus was unsuccessful in its 2017 bid to win the $100 million attached to 100&Change, MacArthur’s global competition to solve a critical societal problem.

The nonprofit was one of three Finalists that finished behind the selected project, a collaboration between Sesame Workshop and International Rescue Committee to educate young children displaced by conflict and persecution in the Middle East.

When the HarvestPlus team received word that the organization had not been selected, “There were quite a few tears around the table,” recalled Maggie Kamau-Biruri, Head of Resource Mobilization and Partnerships at HarvestPlus. “It was really heartbreaking because we had put in so much hard work and we thought we were going to get it,” she added. “Everyone thinks their baby is the cutest, right?”

Intriguing news came a few moments later. MacArthur's Board decided to award additional grants of $15 million to each of the other three Finalists, based on the strength and potential impact of their proposals. MacArthur also committed to helping the Finalists attract the additional support their critical work requires.

“We gave a bit of a cheer then,” Kamau-Biruri said, “because we thought that if we didn’t get the $100 million, that was it. It would be ‘thank you and goodbye.’ But that fifteen million was a huge surprise.” 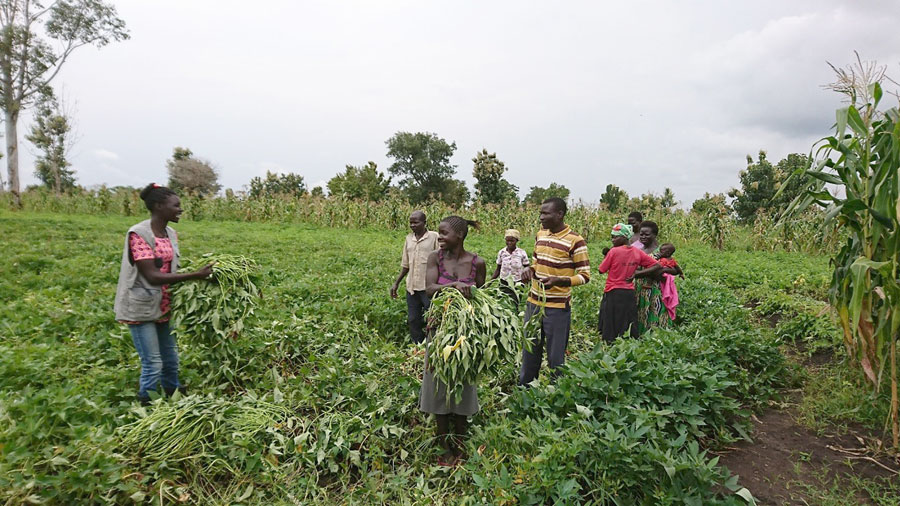 Scaling Back to Scale Up

The goal was full integration of biofortified crops and foods into food systems across Africa and other continents.

The funding came at a crucial point in HarvestPlus’s history. Founded in 2003 as a program within the CGIAR global agricultural research partnership, its development and promotion of biofortified food crops rich in vitamins and minerals had remained untested on a large scale. In its early years, Baral said, HarvestPlus was primarily a research entity trying to evolve into a more influential implementing organization by working with smallholder farmers, rural households, and small- and medium-sized enterprises. The goal was full integration of biofortified crops and foods into food systems across Africa and other continents.

But HarvestPlus lacked funding to take that next significant step. Then $15 million of unrestricted funding for Africa arrived. Although it was far less than the group had planned for, the support was a welcome injection of resources.

HarvestPlus leaders regrouped and recalibrated their strategy, concentrating on how they could achieve the most potent impact with $15 million. The plan included sparking widespread acceptance of its innovative approach to defeating “hidden hunger,” undernutrition from a lack of vitamins and minerals such as zinc, vitamin A, and iron in everyday diets. Hidden hunger is an acute issue in Africa and other historically disadvantaged countries.

The organization scaled back to six countries—from 17 in its original 100&Change proposal—where HarvestPlus’s biofortified crops already had been introduced and were starting to scale. HarvestPlus opened a regional office in Nairobi, Kenya, to coordinate work throughout Africa.

In addition to being a robust influx of financial support, the MacArthur funding had the important feature of flexibility, HarvestPlus African Regional Director Donald Mavindidze said.

“Funders normally want to fund the strategy they suggest,” he added, “not the development organization’s strategy. That can feel like a straitjacket.”

It allowed us to be flexible and create more impact, to reach out much more widely with new innovations than if we had restrictive funding.

The 100&Change funding came without any strings attached, Mavindidze said, “which allowed us to be flexible and create more impact, to reach out much more widely with new innovations than if we had restrictive funding.”

The combination of the MacArthur funding and HarvestPlus’s new strategy yielded powerful results.

“It had a catalytic impact in ramping up what we were doing in Africa,” HarvestPlus Strategic Communications Director Peter Goldstein said.

The MacArthur endorsement raised the profile of biofortification, which helped with other fundraising, he added. The support also allowed HarvestPlus, through Mavindidze’s efforts, to engage with policy makers from individual countries and the entire continent.

One benefit of that work materialized in the spring of 2022, when African Union Heads of State and Government endorsed biofortification as a strategy for improving nutrition across the continent—an important step in scaling up HarvestPlus efforts across the globe.

In other spreadsheet-worthy achievements over the five years, 8.5 million farming households were growing biofortified crops in Africa in 2021 and a survey of farmers showed that at least 54 percent were earning increased income from selling the crops. HarvestPlus also has developed school feeding programs that reached 150,000 children in Tanzania and 4,000 in Malawi.

In addition, more private support has flowed to HarvestPlus in the wake of the MacArthur grant, including one grant supporting a school feeding program in Malawi.

Beyond Africa, HarvestPlus is creating significant scale-up in Asia. In Pakistan, for example, zinc-biofortified wheat has captured a large share of the wheat seed market. Governments in Bangladesh and Indonesia also have made high-level commitments to scale up biofortification.

“I can honestly say,” Goldstein added, “without the foundation that we were able to build in Africa through the 100&Change funding, I really don’t think a lot of that would have happened.” 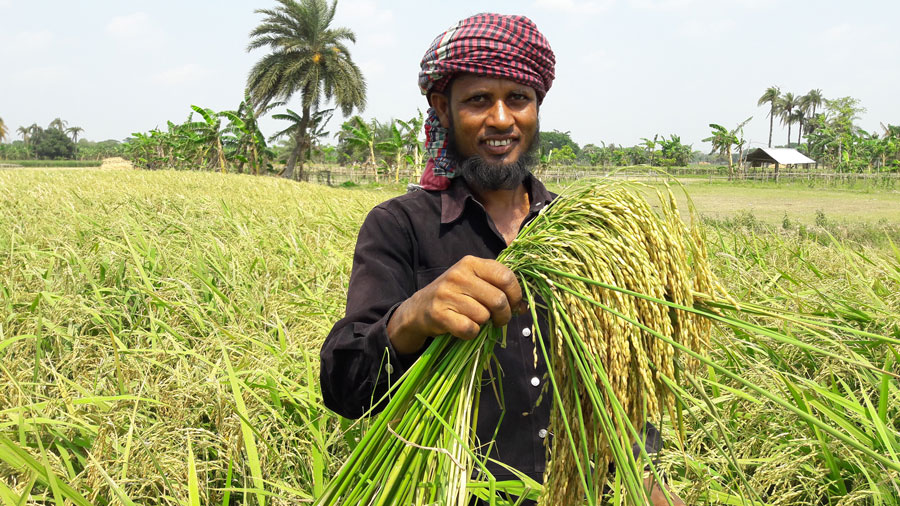 A rice farmer grows zinc rice introduced by HarvestPlus and World Vision through the ENRICH project, which was launched to reduce maternal and child mortality by addressing malnutrition within the first 1,000 days of life. Photo by HarvestPlus.

‘It Could Change Everything’

Five years after she received the news that would take HarvestPlus on a momentous, unexpected journey, Kamau-Biruri continues to participate in 100&Change, but her role has evolved.

During the latest round of the competition—in which Community Solutions’ plan to end homelessness received the $100 million—Kamau-Biruri advised applicants. She told them to prepare for a much heavier lift—one that was more time consuming and resource-demanding than they could expect—and to understand that the chances of winning were extremely small. She also suggested partnering with at least one other organization to share resources, including wisdom, from others.

“And then I was around for the Finalists who didn’t get the prize,” she said.

They asked her what they should do next, Kamau-Biruri recalled. She said to remember that they now had a formal, well-vetted proposal to tackle an important societal issue.

“I told them that your popularity is going to fade pretty quickly,” she said. “So, use these next few months to sell yourselves like crazy. Tell the world you were among the Finalists. Talk about how many applicants there were. Make sure you speak up. It could change everything.”

This story originally appeared on the Lever for Change blog.