From policy studies and public education to media coverage, fellowships, creative art endeavors and global networking, MacArthur’s nuclear grantmaking has established a framework for reducing one of humanity’s most ominous risks.

When it formally established its work on nuclear issues in 1984, MacArthur’s objective was clear: encourage independent, non-government research by drawing new people, disciplines, and interest to a field that was underfunded and underdeveloped.

Over the four decades since, the Foundation has been one of the largest funders in the field, making nearly 2,000 grants totaling roughly $550 million in a comprehensive strategy to build and strengthen nuclear civil society and make the world safer from nuclear weapons.

“It is important that foundations build coalitions to get broader support for things like nuclear non-proliferation—to get people to understand how important and complicated these issues are.”

Funding has supported policy studies and public education efforts. It has included fellowships in international security and fostered improved U.S.-Soviet and Russia relations. It has enhanced media coverage of nuclear issues and creative art endeavors and promoted global networking.

In December 2023, MacArthur will complete its Nuclear Challenges Big Bet program. Big Bet programs are time-limited by design, and a comprehensive strategy review concluded that the program’s ambitious goals would not be met within the strategy’s timeframe.

As its capstone project in the area, the Foundation has committed $30 million between 2021 and 2023 to focus on encouraging diverse talent in the field, challenging nuclear deterrence theory, leading at the intersection of nuclear and climate issues, and supporting key organizations in the nuclear field.

“It is important that foundations build coalitions to get broader support for things like nuclear non-proliferation—to get people to understand how important and complicated these issues are,” said Adele Simmons, MacArthur president from 1989 to 1999. “It is hard to think of any other issue that has such a high risk for humanity.”

When it formally established its work on nuclear issues by creating a program focused on international peace and security in 1984, MacArthur’s objective was to encourage independent, non-government research by drawing new people, disciplines, and interest to a field that was underfunded and underdeveloped.

“They (MacArthur) were smart about defining ‘individual’ research and writing grants to be given to more than just the same academic stars,” said George A. Lopez, who helped create a peace studies institute at University of Notre Dame and later became a grant recipient. “They aimed to create space for new voices in the field of disarmament, war prevention, and peacemaking—and these included journalists, policymakers, and a whole panorama of activists, like the folks who created and led the Nuclear Freeze movement. “

Beneficiaries of these programs have ended up working all over the world, tackling the nuclear threat from different angles.

Heather Williams, director of the Project on Nuclear Issues at the Center for Strategic and International Studies, said the initial MacArthur grant to the center supported her doctoral work and factored heavily in her career path.

“They fulfilled a very specific role,” she said. “They were the leader in investing in new voices—early career researchers—for those who were deeply committed to the field but didn’t see a professional way forward for them.”

Beneficiaries of these programs have ended up working all over the world, tackling the nuclear threat from different angles.

Bonnie Jenkins, for example, Undersecretary for Arms Control and International Security with the U.S. State Department, performed research at Harvard with MacArthur support. Malfrid Braut-Hegghammer, a former MacArthur grantee, now leads the Oslo Nuclear Project at the University of Oslo.

In all this work, MacArthur has held firm in its commitment to diversity of thought and background to ensure the most fertile cross-pollination of sound ideas. 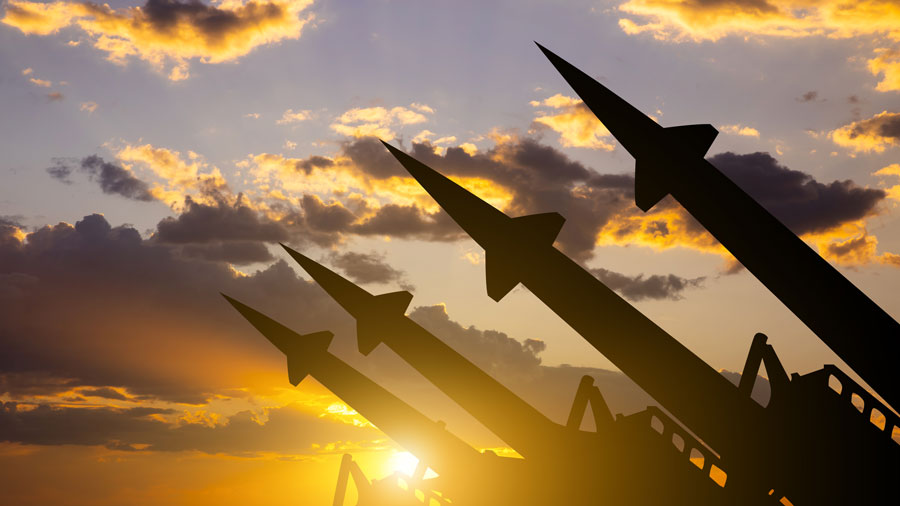 MacArthur’s work evolved in the 1980s to a more focused initiative to confront nuclear weapons challenges.

Since its founding in 1970, MacArthur has given financial support to global peace and security, including grants related to nuclear policy. Those efforts evolved in the 1980s to a more focused initiative to confront nuclear weapons challenges and address the need for new approaches to global stability.

Past MacArthur Board Member Jerome Wiesner, a former science advisor to Presidents John Kennedy and Lyndon Johnson, led the creation of a peace and security program in 1984 based largely on his personal interest and commitment.

From the outset, Board members including Wiesner, Adams, and an advisory panel, discussed whether to focus on nuclear threats or include broader underlying causes of war.

The debates in that first year led MacArthur to adopt a flexible approach to its peace investments, based on the belief that more creative solutions would emerge by attracting ideas and experts from different disciplines and backgrounds.

In the years that followed, MacArthur funding elevated the voices and ideas of peace activists, lawyers, environmentalists, biologists, artists, and others—individuals who might not normally be part of the policy discussion.

Some projects set important precedents, including a grant that funded a mission in 1987 for U.S. environmentalists and scientists to travel on a Soviet warship that was carrying cruise missiles. Their goal: joint measurements of possible nuclear weapons tests.

“This ended up being a landmark in the progression of monitoring of weapons, and I don’t think anyone else would have funded it,” said John Holdren, a MacArthur Board member at the time who later became President Barack Obama’s science and technology advisor. “To believe that this would have been allowed—Western scientists on a Soviet vessel—was inconceivable, and MacArthur cheerfully funded it.”

MacArthur funding elevated the voices and ideas of peace activists, lawyers, environmentalists, biologists, artists, and others.

The relationship between non-government U.S. and Soviet entities in the nuclear arena, which MacArthur had encouraged through various organizations and conferences, made the idea conceivable to the Soviets, Holdren said.

Other examples of grantees’ impact include many ideas behind the Nunn–Lugar Cooperative Threat Reduction Act of 1991, which led to the dismantling and disposal of thousands of nuclear weapons.

“The result of this is that we went from 68,000 down to about 12,700 warheads,” said Kennette Benedict, MacArthur’s Director of Peace and Security from 1987 to 2005. “These weapons might have stayed put had it not been for all these folks thinking about how we could develop a much more secure world with the reduction of nuclear weapons.”

The 2005 Global Threat Reduction Initiative and the 2012 Strategic Arms Reduction Treaty also were influenced by organizations funded by MacArthur, which it supported through its nuclear grantmaking.

Now that the initiative is entering the final months of its capstone project, many who have been shaped by the era hope that new donors will bring fresh ideas to quickly changing nuclear threats.

“MacArthur’s record shows that philanthropic dollars can make a real difference,” said Matthew Bunn, a former grantee who now directs the Project on Managing the Atom at Harvard University. “People are in far less danger of being incinerated because of the investments by MacArthur than if the Foundation had never existed.”

This is the first in a series of articles highlighting MacArthur's grantmaking in reducing the nuclear threat. Since 1984, MacArthur has made about 2,000 grants totaling roughly $550 million to support those efforts. Upcoming stories will cover, among other themes, the importance of the nuclear civil society and creative ways grantees have highlighted nuclear issues.