The Endeleo Institute and the Chicago Metropolitan Agency for Planning partnered to invest in community-led development in Washington Heights.

The Washington Heights community on Chicago’s South Side was poised for a major project in 2014: a $280 million reconstruction and expansion of the Chicago Transit Authority’s (CTA) 95th Street station.

Important as the project was on its own, The Endeleo Institute saw greater opportunity and seized the moment for Washington Heights, a working- and middle-class neighborhood with one of the highest home ownership rates in Chicago but one that also endured decades of disinvestment.

Established in 2011, Endeleo is a nonprofit member organization of Trinity United Church of Christ in Washington Heights and works to promote health, education, and economic development there. The name is connected to its mission: Endeleo is Swahili for progress, growth, and development.

Significant progress can occur when residents organize, and local institutions share a vision.

After the CTA restoration started, Endeleo reached out to the Chicago Metropolitan Agency for Planning (CMAP) to help develop a vision for 95th Street, a major east-west commercial thoroughfare, and the surrounding neighborhood.

That request led to tangible improvements and a strong partnership between the planning organization for northeastern Illinois and a community organization committed to far-reaching improvements for South Side residents.

CMAP’s work with Endeleo “helped us shape a larger vision to not just revitalize our 95th Street corridor but create transit-oriented development opportunities within that quarter to a half-mile as well,” Endeleo Executive Director Melvin Thompson said.

CMAP Senior Planner Tony Manno said his organization helped Endeleo identify the community’s immediate planning needs and determine how to tackle its challenges. “By building the capacity of Endeleo staff, we gave them the training and tools so they could lead workshops with community members and other stakeholders in Washington Heights,” he said.

While Endeleo collaborated with CMAP, the nonprofit mobilized residents to push for restoring the Carter G. Woodson Regional Library. A Washington Heights hub, Woodson had been shrouded in scaffolding for years, beset by flooding and other structural shortcomings.

The result of that effort was a nearly $9 million renovation. Woodson houses the Vivian G. Harsh Research Collection, the largest assemblage of African American history and literature in the Midwest. Endeleo also helped establish the renovated building as the city’s first dementia-friendly library, offering monthly programs and education about the condition.

After collaborating with Northwestern University’s Feinberg School of Medicine and seven African-American churches to support caregivers of individuals with dementia, Endeleo now leads the library’s health advisory board. 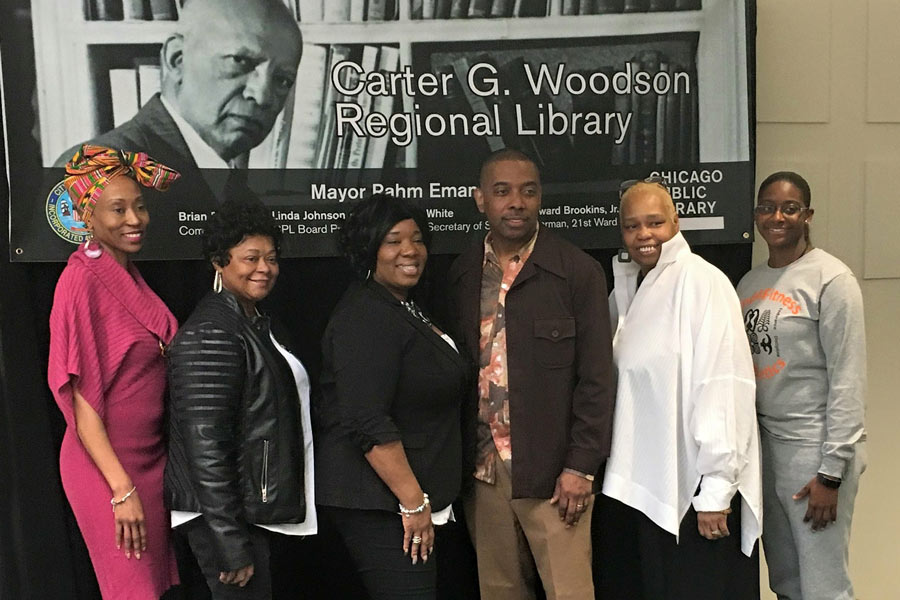 Endeleo staff at the re-opening of the renovated Carter G. Woodson Regional Library.

“Endeleo was our champion in coordinating with the surrounding communities,” Woodson Regional Library Director Veleda Simpson said. “They helped us engage in a robust community engagement process.”

Endeleo also made sure that “we were building something special that represents the community,” she added.

CMAP concluded that Washington Heights’ priority should be developing property around the CTA station. Other priorities included engaging partners to acquire land on 95th Street and encouraging development of a business-technology sector on the street and “health-conscious development.”

“It all began with the community and getting input.”

The report also recommended Endeleo help create more housing. And, in 2017, the organization partnered with a local developer and the Cook County Land Bank to purchase, renovate, and sell five single-family homes in the area.

Endeleo leaders say its partnership with CMAP shows that significant progress can occur when residents organize, and local institutions share a vision. More broadly, they maintain that Endeleo exemplifies how an influential local organization is crucial in fostering neighborhood-driven economic development.

“We’ve gotten some leaders from the community who have emerged and been quite vocal to help us move the needle along with what we’re doing,” Thompson said. “It all began with the community and getting input.” 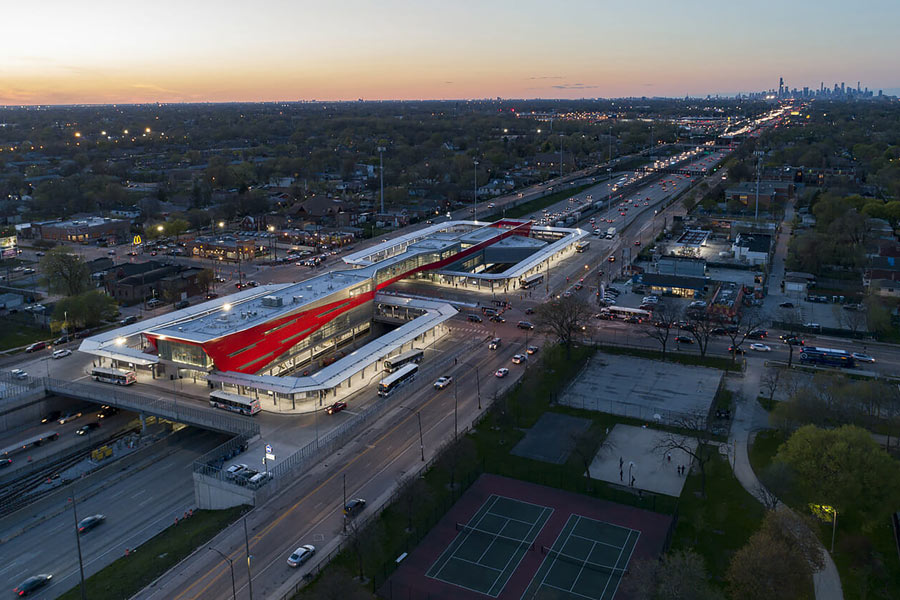 The library restoration built momentum for other Endeleo efforts.

Among those is Café Du Bois, a coffee shop and laundromat set to open in September 2021 between the CTA station and Woodson Library. Endeleo organized public forums that produced the concept and received $750,000 in city and state funds to transform a vacant building into a business.

In 2015, the organization participated in the Healthy Foods Financing Initiative, a city-wide network that expands the supply of and demand for nutritious foods. That work led to federal funding of black farmers from Pembroke, Illinois at Trinity’s Farmers Market.

More recently, Endeleo received a Greater Chicago Food Depository grant and will open an innovative food pantry in the spring of 2021. Thompson said the pantry, located in a building on 95th Street that Endeleo acquired in 2020, will allow people to select their foods. Endeleo also plans to offer cooking demonstrations, nutrition education, and budgeting help there, Thompson said.

“It is a real coup in that we have had healthy food in the form of a grocery store in our sights for some time,” he said. “This remarkable pantry is a precursor to that happening.”

Other developments are taking shape. CMAP’s Manno said his agency looks forward to continuing to work with Endeleo.

“We think they are a great organization and do a great job advocating for the community,” he said. “We’re excited to see things happening there.”

In 2020, MacArthur supported the Endeleo Institute with $250,000 to expand organizational capacity. Between 2008 and 2018, MacArthur awarded Chicago Metropolitan Agency for Planning $1.15 million.