Action for the Climate Emergency brings young people into the climate movement and creates a ‘rad’ social influencer and activist community.

Surrounded by coal-fired power plants and other polluting, planet-warming industries, Tonyisha Harris remembers that kids in her Chicago South Shore neighborhood who did not have asthma were considered weird.

“Everyone had it,” she said of her childhood in the early 2000s, recalling her annoyance at evenings stuck indoors breathing through a nebulizer when she longed to be playing outside.

It was not until she attended an assembly her freshman year at Whitney M. Young Magnet High School that Harris realized she could do something about the tendency of environmentally damaging industries locating in economically marginalized communities like hers.

Her biology teacher had invited a group to Whitney M. Young called Action for the Climate Emergency (ACE). The topic for discussion was climate change. It helped set Harris on a pursuit of environmental justice and climate action.

“I didn't know what an activist was,” she said. “I hadn't heard the word before.”

Harris has been directly impacted by the effects and injustices of climate change in Chicago, IL.

Founded in 2008, ACE’s mission is to educate young people on the science of climate change and empower them to act—by voting, campaigning on social media, educating friends and family, and holding leaders accountable. 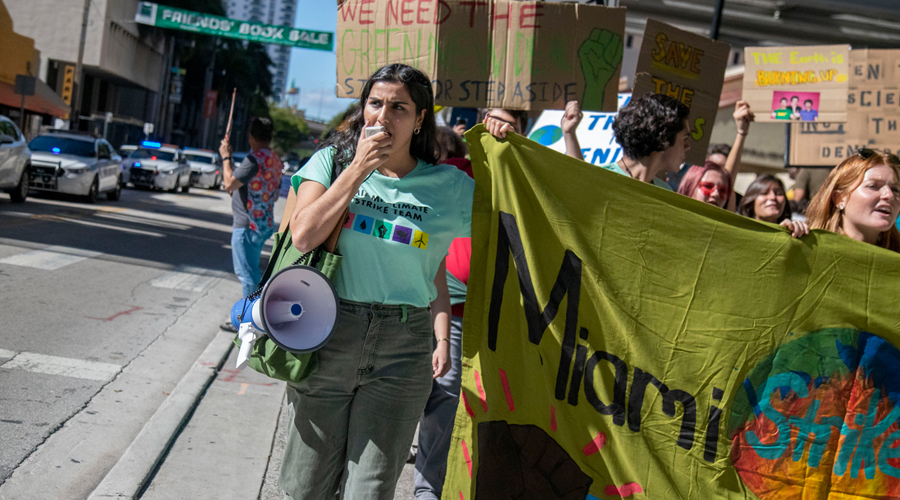 ACE was founded to educate young people on climate change and empower them to act.

A Climate Emergency and a Democracy Emergency

The organization's work underscores that people enduring the worst impacts of climate change and pollution often reside in racially and economically isolated communities that face increasing barriers to participating in our democracy. It is a convergence of injustices that some consider deliberate.

Inspired by the ACE school assembly and her biology teacher, Harris studied environmental science at Loyola University Chicago and worked for the Illinois Environmental Council. Her advocacy there helped stop a metal shredding facility from moving near her South Side neighborhood after the facility was forced out of an affluent area.

Today, she works as Associate Director of Communications and Partnerships at ACE.

“It's surreal,” Harris said. “I truly never thought that as a teenager, I would find an organization I would eventually work for.”

In addition to the assemblies and on-site voter registration and pre-registration drives ACE brings to thousands of schools, the organization finds young people through digital ads on TikTok, Instagram Reels, YouTube, and other platforms.

It also has what Qusba called a “pretty rad” social influencer community of about 8,000 teens, the Creator Collective, with a social media reach of about 160 million Americans.

In addition, ACE has recruited 880,000 members to its Youth Action Network, which it mobilizes by sending out action alerts each week with ways people can advocate for climate justice and a fair democracy. Network members live in all 50 states; 20 percent are in rural zip codes.

Those efforts have yielded results. ACE’s campaigning helped win passage last year of Illinois’ Climate and Equitable Jobs Act, which places the state on a path to 100 percent renewable energy by 2050.

“We have so many young people who don’t see themselves as part of the quote unquote progressive climate movement,” Qusba said. “These are the young people who need the most support because it’s a very politically, socially unsafe place for them to organize around climate solutions.” 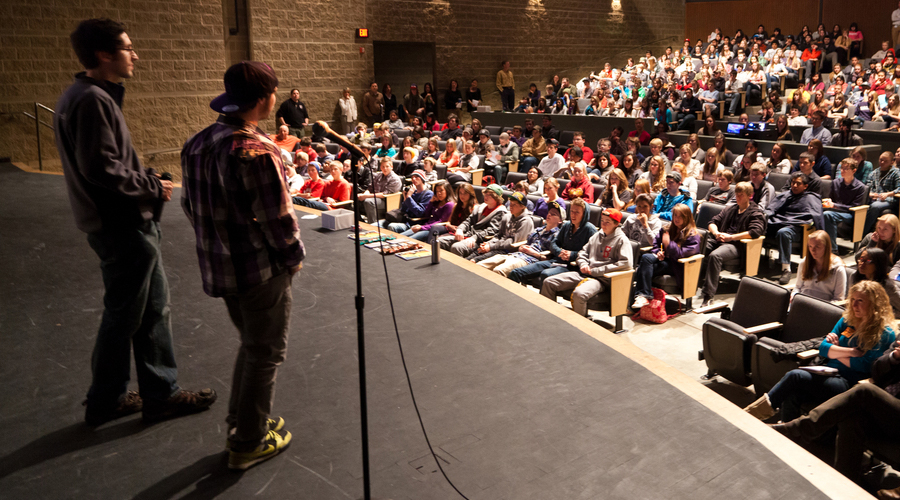 She knows firsthand. Qusba grew up in a conservative part of Wisconsin where the highest concentration of paper mills in the world had created an environmental disaster. The U.S. Environmental Protection Agency declared the area around her hometown, Kaukauna, a Superfund site because of the hazardous waste. Her mother, who worked in the mills for 40 years, was among those who developed unexplained cancers.

“If the Midwest were a country, it would be the sixth largest emitter of greenhouse gasses in the world,”

ACE focuses on Midwestern states including Wisconsin because of the region’s concentration of greenhouse-gas emitting industrial and energy sites and renewable energy development that has been slower than in other areas of the U.S.

“If the Midwest were a country, it would be the sixth largest emitter of greenhouse gasses in the world,” Qusba said.

As a high school student near Akron, Ohio, Drake Du persuaded students from all backgrounds and perspectives to discuss the climate movement at a “middle ground” event at his school. Du grew up in Copley Township, with a population of 18,000.

He later came across ACE’s Instagram posts and found them engaging. Du now serves on ACE’s Youth Advisory Board and helped create the group’s Let’s Talk About it campaign around mental health and climate anxiety, an issue that has personal resonance with him.

In the fall, he will head to Harvard to study government.

“It doesn't help how we hear that our nation is incredibly divided,” Du said, acknowledging “some truth” to that view. “But even still, I think we underestimate our ability to come together and find middle ground on divisive issues such as the climate emergency.”

Nanavati is an ACE Fellow and climate organizer with Earth Uprising in Tampa, Florida. Anisa believes talking about climate change with friends and family is one way to combat climate denial and to bring further attention to the climate crisis.

ACE is discovering that taking action is one way young people can manage climate anxiety and feel empowered. Voting is another.

Anisa Nanavati, another ACE Action Fellow, who graduated from high school in Tampa, Florida, in the spring, urges peers to vote even if they doubt it will count in districts where most voters hold opposing views.

“Yours might be one vote of a million votes, but there's one vote in there,” she tells them. “So even if you don't feel like your voice matters, you just have to vote. Because sometimes one vote is the difference it takes to make a big change in the world.”

In 2020, MacArthur provided $1 million over three years to support the general operations of Action for the Climate Emergency, then known as the Alliance for Climate Education.

Action for the Climate Emergency