Substantial numbers of young people across racial and ethnic groups are engaging in “participatory politics” — acts such as starting a political group online, circulating a blog about a political issue, or forwarding political videos to friends, according to the largest nationally representative study of new media and politics among young people.  Researchers with the MacArthur Research Network on Youth and Participatory Politics questioned 3,000 young people, ages 15-25, on how they use the Internet, social media, and engage in politics. Unlike any prior study on the topic, the survey included large numbers of African American, Latino, and Asian American respondents, allowing for unique statistical comparisons across race. Read the New Media and Political Action report. 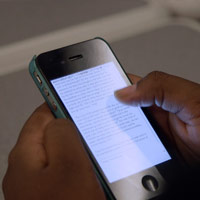