Long before the current recession, rising deficits, an aging population, spiraling healthcare and entitlement costs, stagnant economic growth, and other issues were threatening America's long-term fiscal health. The deficit-financed stimulus measures signed into law in early 2009 to help revive the economy will only deepen the long-range problem and, in the absence of corrective measures, soon limit the nation's spending choices.

The MacArthur Foundation's policy research work aims to present a comprehensive view of the nation's fiscal future and sensible options to help guide the difficult decisions to be made. Our work focuses primarily on three related projects: the fiscal future of the United States, the aging of America, and how they intersect to create a demand for more effective and accountable government. These efforts developed independently but have converged into a coherent set of activities that have the potential to help us understand and respond to the country's critical policy challenges.

With support from the Foundation, the Committee on the Fiscal Future of the United States is projecting the nation's fiscal future over 75 years, with intermediate assessments along the way. The bipartisan panel of experts, co-convened by the National Academy of Sciences and the National Academy of Public Administration, will articulate a series of broad policy scenarios for addressing the fiscal situation, including proposals to enhance government revenue, reform entitlement programs, cut spending, and stabilize the overall size of government as a share of the economy. Though different from one another, the scenarios will share the same goal: putting the country on a glide path to long-term fiscal health and strong economic growth. The Committee is expected to release its report in early 2010. MacArthur will support follow-up activities to help the public better understand how this issue and alternative solutions affect them and future generations, and to encourage policymakers to consider the panel's findings.

The fiscal challenges are partly due to the nation's changing demographic profile as Americans live longer and more vital lives. Based on the Foundation's historic interest in research relating to lifespan and a concern for the changing contours of America's social, economic, and political life, in December 2007, MacArthur awarded a grant to Columbia University to launch the MacArthur Research Network on an Aging Society. The Network has first focused on generating alternative life expectancy forecasts for both 2030 and 2050, which account for the possible impact of biomedical and technological advances on life expectancy and the quality of life for older Americans. If official government projections of life expectancy are significantly underestimated, it could add trillions of dollars (in present value) to the cost of entitlement programs such as Social Security and Medicare between now and 2050.

A central theme of MacArthur's domestic policy work is that there is a coincidence of interest between individuals in need or at risk and the greater society. In 2006, the Foundation launched a special policy project, The Power of Measuring Social Benefits, to test the mutual benefits hypothesis and to expand the use of cost-benefit analysis of social programs as a policymaking tool.

The project acknowledges that, even when the interests of vulnerable individuals and society at large are complementary, there is little empirical evidence that reveals which policies and programs work best to achieve these mutual net benefits and yield the greatest return on public investment. We have invested in more than 20 cost-benefit studies, several of which are highlighted in this newsletter. For example, we are supporting research on the costs and benefits to individuals and society of expanding health insurance coverage to low-income people. A Medicaid experiment in Oregon will determine how health insurance affects the use of healthcare and health outcomes. The research will also examine the social benefits of health insurance such as reduced spread of disease, lower public costs of disability insurance, and savings in future health entitlement costs that would benefit all Americans.

MacArthur's interests in strengthening the links between evidence and policy are consistent not only with Congress's growing demand for proof of what works, but also with the commitment of a new president to increase the role of scientific inquiry in all facets of policymaking. President Obama has been clear on the importance of using government dollars wisely. He said, in reference to his ambitious plans to stimulate the economy, “The question we ask today is not whether our government is too big or too small, but whether it works.... Where the answer is yes, we intend to move forward. Where the answer is no, programs will end.” We hope that sentiment translates into a willingness to take a longer range and more complex look at government programs.

There are moments in our history when a combination of factors — depression, war, social events, generational changes, talented leadership — have led to a significant change in course for our country. These moments are often accompanied by, or stimulated by, new social theory. The Progressive period in the early 1900s is a good example.

The 2008 election will be seen as an inflection point in our history — a moment in time when a comfortable majority of our people expressed a yearning for change. The demographics are inescapable, the longterm fiscal challenge daunting. Wise choices must be made. A new generation, fueled by America's resilient optimism, wants its chance to realize the nation's promise of a fair and just society with opportunity for all.

I believe our trio of policy initiatives will contribute to the recognition of the challenges ahead and the illumination of the pathways forward. Our work will not provide easy answers, but it may help frame, and perhaps change, the conversation about policy options in a useful way. 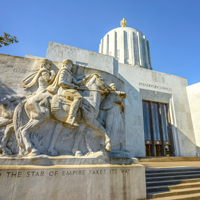 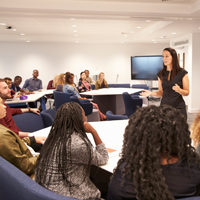