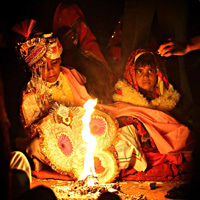 South Asia accounts for almost half of all child marriages that occur globally – the most of any region in the world – according to a report from the Center for Reproductive Rights, a MacArthur grantee. The report states that while child marriage, defined internationally as marriage where one or both of the spouses is under the age of 18, is legally prohibited under many national laws in the region, the practice persists with impunity. The report serves as a resource for those interested in using international and constitutional legal norms to establish government accountability for child marriage through human rights advocacy and litigation. It is also meant to serve as a tool for government officials who act as gatekeepers of the law to enable them to strengthen their role in enforcing existing laws and policies and bringing about necessary legal reform.