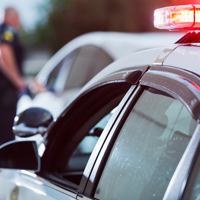 Police officers are less respectful of African-American motorists during routine traffic stops than they are of white drivers, according to a report by Stanford University researchers, including MacArthur Fellows Jennifer Eberhardt and Daniel Jurafsky. Using footage from body cameras worn by members of the Oakland (Cal.) Police Department, the researchers developed computational linguistic methods to analyze respectfulness of police officer language. They found that officers spoke with consistently less respect to black versus white community members even when accounting for the race of the officer, the severity of the infraction, the location of the stop, and the outcome of the stop.