Population control polices in China that strictly limited couples to one child have proven effective, according to the first systematic study of the one-child policy by researchers at the University of California at Irvine. Despite government exemptions in rural areas, 63 percent of Chinese couples are strictly limited to one child. “The country faces serious negative consequences in long run if it fails to phase out the policy,” said Wang Feng, sociology professor at UC Irvine and a lead researcher on the study. He said that the law’s success is contributing to an increasing proportion of older Chinese citizens, a shrinking workforce, and a disproportionate number of males to females. The report was published in the journal Population and Development Review. It was funded, in part, through a grant from the MacArthur Foundation.

University of California, Irvine, Office of Grants and Contracts 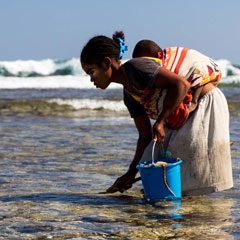 Lessons from Holistic Approaches to Conservation