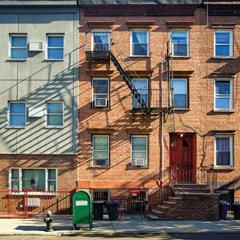 Most of the federal rental subsidies used to make properties affordable end, or can be terminated, after a set time period. This has led to the gradual loss of units from the subsidized inventory as neighborhoods with strong rental markets convert to market-rate housing. By the late 1990s, this loss of units had contributed to a growing shortage of affordable housing that left millions of low-income Americans struggling to afford their rent.

A PRI is a below-market interest rate loan made by a foundation primarily to further its charitable purposes, not to produce income. Through WOO, we made PRIs designated to one of two eligible uses at the entity level: for organizational working capital, intended to expand and strengthen operations of borrowers; and for pre-acquisition/bridge capital, to be used in the process of acquiring at-risk properties prior to the developers obtaining permanent financing. They had low interest rates (ranging from one to three percent), long terms (generally 10 years), and were unsecured. These characteristics combined to make these PRIs, which averaged $2.1 million per organization, unusually flexible sources of equity-like capital for their recipients. Overall, we intended these PRIs to strengthen the financial and organizational capacity of the recipients to engage in affordable housing preservation efforts at scale.

A 2016 study led by the RAND Corporation evaluated the Initiative as a whole, though it did not closely examine the effect of the Initiative’s PRIs in strengthening the capacity of nonprofit developers to preserve affordable housing. We commissioned Abt Associates and VIVA Consulting to address the following four evaluation questions focused on the Initiative’s PRIs:

The evaluation found the PRIs improved organizations’ capacity, and the program demonstrates the importance of equity-like capital as one piece of the solution to affordable housing. High-level takeaways from the evaluation include: 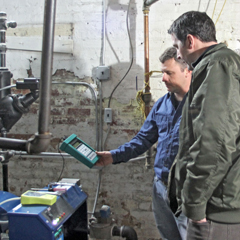 An Evaluation of MacArthur's Window of Opportunity: Preserving Affordable Rental Housing Initiative
More news on Housing
View More About Housing
Stay Informed
Sign up for periodic news updates and event invitations.
Facebook Twitter LinkedIn Instagram Youtube Medium
Connect with us on social media or view all of our social media content in one place.