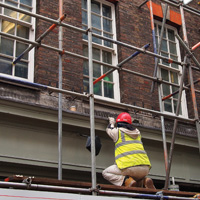 Rents have long been unaffordable for a large share of low-income households, and have become increasingly unaffordable since 2000 for low- and middle- income families in virtually every U.S. metropolitan area. Contributing to the affordability problem was the fact that a significant number of subsidized rental homes were coming to the end of their initial subsidy period in the early 2000s with the risk that subsidies would not be renewed, potentially reducing the amount of affordable rental housing even more.

Responding to this escalating concern, in 2000 we launched the Window of Opportunity: Preserving Affordable Rental Housing initiative (WOO) to help secure a policy framework that would mitigate, and perhaps even reverse, the projected loss of affordable rental housing. Over 20 years, our investment will total $187 million in grants, loans and other financial vehicles to a wide range of recipients, including nonprofit developers, loan funds, networks of nonprofit owners of affordable rental housing, advocacy organizations, state and local government agencies, and researchers.

With a goal of changing how the housing industry, government, and financial markets value and support the preservation of affordable rental housing, Window of Opportunity aimed encourage policymakers, financial institutions, and practitioners to put rental housing and preservation on par with homeownership and new construction. We believed such a major shift would benefit low-income households and the communities in which they reside.

The purpose of the evaluation was to assess whether the Window of Opportunity initiative achieved its goals, as well as to provide preservation actors and policymakers with lessons learned about effective preservation practices.

Beyond identifying what was achieved (or not), the evaluation produced the following lessons about  what facilitated the initiative’s success and challenged achievement of its goals: