Children coming of age today are the first generation to grow up digital. In their world, the use of computers, the Internet, cell phones and interactive video games is commonplace.

We used to worry that computer technology would remain in the hands of the privileged; now it is carried in the backpacks and shirt pockets of those from all walks of life.

On Saturday, the 2007 National Media Education Conference gets underway in St. Louis. The theme of the four-day series of workshops and screenings — the nation's largest gathering of media educators — is "iPods, Blogs and Beyond: Evolving Media Literacy for the 21st Century."

Clearly, access to technology no longer is the central issue. More than 90 percent of those between the ages of 12 and 17 are online. The number of high-speed Internet connections, necessary for the richest content experience, is growing by 40 percent annually. Participation in the all-digital virtual world known as Second Life has risen dramatically — from 500,000 to nearly 5 million people in two years. Advertisement

Today's young people increasingly express themselves and build communities with these powerful tools of technology. The real gap between tomorrow's digital haves and have-nots will be a lag in competence and confidence in the fast-paced variegated digital universe building and breeding outside schoolhouse walls.

Research, some of it funded by the MacArthur Foundation, is just beginning to fathom how deeply our children have absorbed new technology: the role it plays in their lives and how it affects their learning, play and socialization. What this research suggests is that today's digital youth are in the process of creating a new kind of literacy; this evolving skill extends beyond the traditions of reading and writing into a community of expression and problem-solving that not only is changing their world but ours, too:

— They have created communities the size of whole nations by channeling personal affiliations through message boards or meta-games or dedicated websites such as Facebook, Friendster and MySpace.

— They have mastered digital tools to create new techniques for personal expression: modding, digital sampling, mash-ups and zines — not to mention new paths of distribution for personal works of video and text.

— They have redefined the notion of "play" to include complex problem-solving, mentoring, the archiving of knowledge and real-time conversations on issues of policy and politics of global interest and importance.

Henry Jenkins, director of the media studies program at the Massachusetts Institute of Technology, calls this a new "participatory culture," one that presents low barriers to artistic expression and social engagement that suggests that a richer environment for learning may lie outside the classroom.

Online and after school, youths in this new participatory culture are assimilating new languages and rules, vast troves of research and perspectives on the nature of order and community that vault across traditional boundaries of race or creed or culture.

In meta-games such as Civilization III and SimCity, participants develop and manipulate dynamic models of real life; they teach and legislate, create and share, connect and collaborate, reflecting the value of team-building and consensus over autonomous solutions.

Moreover, through virtual characters and identities — even some that disturb parents — teens can experiment through trial and error, make poor moral choices or learn the downside of risk-taking without jeopardizing actual careers or lives. They learn to value challenge and appreciate complexity, even as they assimilate facts and assess developments at breathtaking speed.

The downside may be that in the sunset of the old information culture, we are not understanding this new media literacy soon enough. Those who have no opportunity or desire to be part of these revolutionary digital communities may be deprived of vital virtual skills that would prepare them for full participation in the real world of tomorrow.

In this new media age, the ability to negotiate and evaluate information online, to recognize manipulation and propaganda and to assimilate ethical values is becoming as basic to education as reading and writing. The children who truly will be left behind in the evolving digital culture are those who fail to bridge this participation gap.

Our challenge is to develop these educational forces, opening up our classrooms to the learning in which children now engage largely outside of school. In the end, we may find that the best way to institutionalize and encourage this new media literacy is to understand and harness what our young digital culture seems to be doing pretty well on its own. 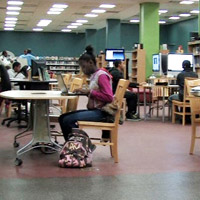 MacArthur's Julia Stasch, Colleagues On Why You Should Visit a Library 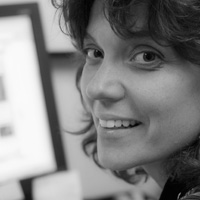