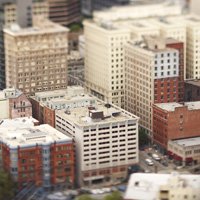 MacArthur is exploring new ways of understanding the complex and interconnected challenges faced by cities around the world, from violence to climate change, and new ways to plan, manage, and govern to address them. The Foundation’s preliminary investment in this area, which has reached more than $3.5 million to date, aims to help identify new research, institutions, and interventions that may help urban practitioners and policymakers make better-informed decisions to improve the lives of urban residents, reduce environmental harm, and address other social issues. The Foundation’s exploration of the merits of a potential investment strategy focused on cities builds on decades of grantmaking in urban strategy and community and economic development in the United States.

Currently 3.6 billion people live in cities, a number likely to grow to more than six billion by 2050. Planning, managing, and governing cities in ways that maximize economic opportunity and minimize environmental harm will be one of the central challenges that nearly all countries will face over the next century. As metropolitan areas are increasingly viewed as complex systems with connections between environment and individual well-being, the importance of making urban planning and policy decisions that account for this complexity grows. At this stage of the Foundation’s exploration, grants are intended to learn more about what it takes to help inform and improve decision-making by the public and private institutions that plan, manage, and govern cities.

The following grants have been made to date as part of this exploratory effort: