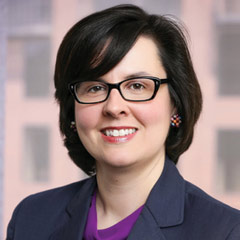 In 2003, MacArthur launched what eventually became a $187 million strategy to preserve and improve affordable rental homes through the Window of Opportunity initiative. Former Representative Barney Frank had long championed the need to preserve federal subsidies for rental housing, and a handful of nonprofits were tackling the complicated transactions. But it was a small field without a lot of attention. Virtually no other national foundation or policymaker had identified affordable rental housing as something that deserved attention, let alone resources.

Yet this was a problem that could be solved through strategic deployment of grants and low-interest loans to current and new leaders in the field. Unlike other social safety net programs, housing is not an entitlement and only one in four eligible households receives assistance. One of the important forms of federal rental assistance is provided to private owners that sign contracts to make some portion of their units affordable to extremely low-income households. In the late 1990s and early 2000s, these owners began “opting out” of these contracts and displacing low-income households. Once an owner opted out of the subsidy program, the subsidy was lost and not reallocated. By equipping a growing set of nonprofit owners with the capital they needed to purchase and preserve these properties as affordable rental housing and supporting policy change at the federal, state, and local levels, the resource of housing for thousands of households could be preserved across the United States. The Window of Opportunity strategy had four key elements:

Enterprise level investment in mission-driven, businesslike nonprofits – With $60 million in low-interest loans and grants to 30 nonprofit housing providers, these nonprofits were able to strengthen their business strategy and preserve more than 150,000 affordable rental homes across the United States. Insights from these investments led to the creation of Strength Matters, which provides tools and resources all nonprofit housing providers can use to strengthen their financial health.

Policy Advocacy – The Foundation not only supported long-standing advocates and technical experts in affordable rental housing, it also created new groups that helped to advance the field’s policy goals such as the Stewards for Affordable Housing for the Future (SAHF). Over 10 years, SAHF and its members have increased the federal commitment to preserving and improving affordable rental housing by translating the transactional experience of its membership into broader policy change.

Research and Data – With a series of investments, the Window of Opportunity initiative brought renewed attention and rigor to measuring gaps in rental housing affordability and developed data platforms that practitioners use to preserve housing affordability. There was also a need to generate new narratives and insights about how housing matters, which led to the launch of a complementary research initiative, How Housing Matters.

Preserving and improving affordable rental homes is important, now more than ever. Urban Institute research finds that the United States is not producing enough housing to meet the demand. This supply gap creates pressure on rents, especially in places where there the job market is already tight. Research by Chang-Tai Hsieh and Enrico Moretti suggests that supply constraints in the most highly productive regions lowered aggregate U.S. growth by 36 percent between 1964 and 2009. Given the costs to the U.S. economy, there continues to be a strong imperative to preserve and improve the supply of affordable rental homes. The Window of Opportunity initiative elevated this issue long before it captured the public consciousness and built a strong foundation of nonprofit housing providers, advocates, and researchers who are tackling it today.

Between 2003 and 2020, the Window of Opportunity initiative provided $187 million through 158 grants and 48 program-related investments to 30 nonprofit housing organizations working to preserve affordable rental housing units.

Reversing the Damage of Segregation in Chicago ›